You are here: History Lists · People · List of 10 Most Famous Medieval Knights

Medieval knights were elite warriors and a decisive factor in medieval warfare. A battle was typically won by the army that had the most knights. Initially, knights could become only men who proved their military skills on the battlefield. Over time, the title of a knight became reserved for sons of knights who were almost always nobles. But the title of a knight wasn't inherited. Knightly training was a long process that started at the age of 8 and usually didn't complete until the age of 21. The knightly title was formally conferred with a stroke with the sword on neck or shoulder during a ceremony known as an accolade. 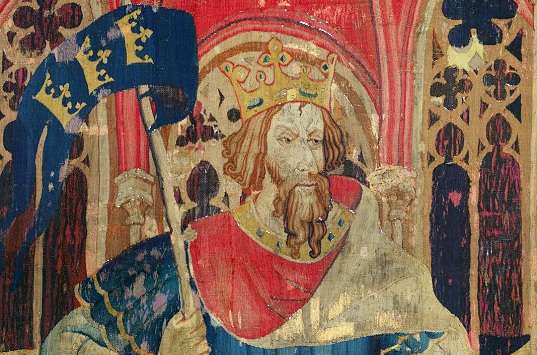 King Arthur is thought to be an actual historical figure. His life, however, is surrounded by many myths and legends. The leading character of the Arthurian legend popularized by Geoffrey of Monmouth in the 12th century is thought to live in the 5th or 6th century and lead the Britons against the Saxon invaders. But while he does appear in historical sources as a British soldier, there is no evidence for his knights of the round table, his miraculous sword Excalibur or other fantastic elements from the Arthurian legend. 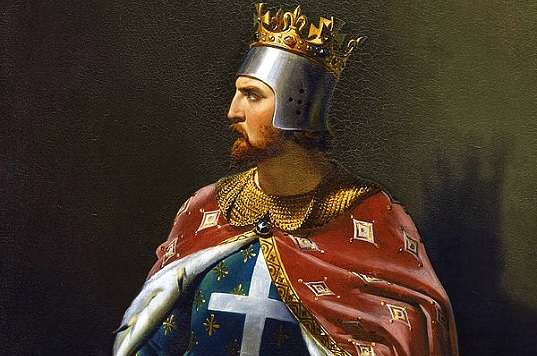 Richard the Lionheart, also known as Richard I of England (1157-1199), succeeded his father Henry II as King of England in 1189, but he spent most of his reign abroad. Shortly after his coronation, he went on the Third Crusade (1189-1192), where he confirmed his reputation as a great military leader. On his return to England, he was captured and handed over to the Holy Roman Emperor but was released after a ransom was paid in 1194. After a brief period in England, he went to France, where he fought against Philip II of France. Richard the Lionheart died in 1199 after he was hit by an arrow while besieging the Chalus-Chabrol castle. Recent research involving an analysis of Richard's mummified heart suggests that he wasn't killed by a poisoned arrow as long believed. Most historians think he probably died from gangrene or sepsis from the wound. 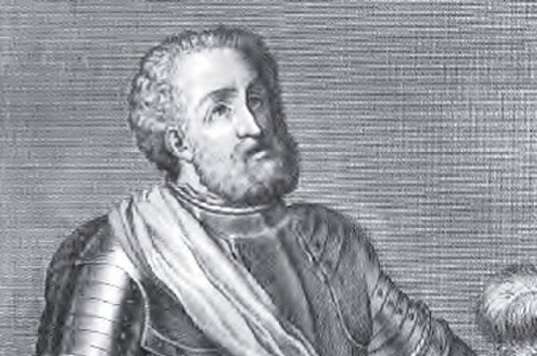 El Cid (1043-1099) was a Castilian knight whose real name was Rodrigo Diaz de Vivar. He was called El Cid by the Moors, whom he fought against most of his life. The Spanish national hero, however, didn't always fight against the Muslim rulers of medieval Spain. Occasionally, he fought for them as well. El Cid's greatest achievement was capturing the kingdom-city of Valencia (1094) from the Moors. He formally ruled the city in the name of Alfonso VI, but he was a more or less independent ruler. Shortly after his death, his widow Jimena surrendered Valencia to the Almoravids. He died from natural causes rather than from an injury sustained in a battle, as suggested by the 1961 movie El Cid starring Charlton Heston. 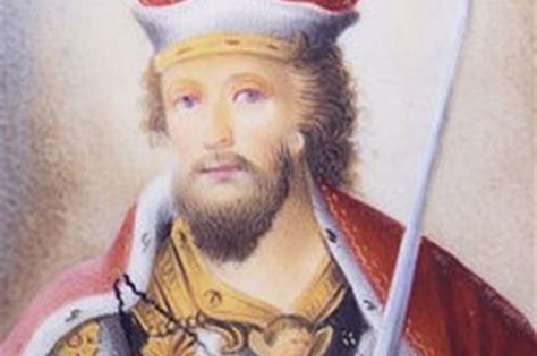 Alexander Nevsky (c.1220-1263), Prince of Novgorod and Grand Prince of Vladimir, is the most celebrated medieval Russian military leader. He assumed the name Nevsky after he defeated the Swedes on the Neva River in 1240 and repulsed the threat of an invasion of Russia from the north. Two years later, he also decisively defeated the Livonian Brothers of the Sword (a branch of the Teutonic Order) and destroyed most of their forces in the Battle of the Ice. But he couldn't prevent the Mongol invasion of Rus' from the east. Thanks to his outstanding political skills, however, he managed to gain considerable concessions from the Mongols and make the Mongol yoke less intolerable. After his death in 1263, Alexander Nevsky came to be regarded as the national hero, while the Russian Orthodox Church canonized him for his support to the Church. 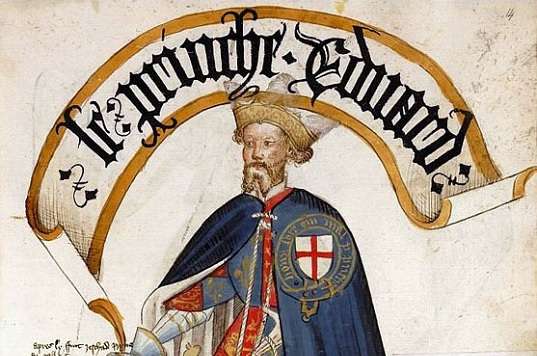 Edward of Woodstock, Prince of Wales (1330-1376), came to be called the Black Prince (most likely after the black armor he wore) after the Battle of Crecy (1346), one of the most notable battles of the Hundred Years' War. He fought in France with his father Edward III of England and played the key role in another important victory of the English – the Battle of Poitiers (1356). In the late 1360s, he led an expedition to Spain and restored Peter of Castile to the throne. He then returned to France, but his ill health soon forced him to return to England. He died in 1376, one year before his father, whom he was supposed to succeed. The English throne passed to Edward's minor son Richard II. 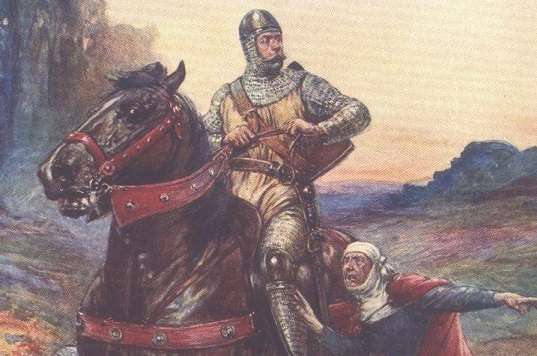 William Wallace (c. 1272-1305) was one of the most important figures in the Wars of Scottish Independence (1296-1328). In 1297, he killed the English sheriff of Lanark and soon established himself as one of the leaders of the Scottish rebellion against the English. On September 11, 1297, the joint forces of William Wallace and Andrew Moray heavily defeated a superior English army in the Battle of Stirling Bridge. One year later, he was heavily defeated in the Battle of Falkirk and forced to go into hiding. In 1305, he was captured, taken to London and executed for treason. William Wallace's life inspired the 1995 Academy Award-winning movie Braveheart starring Mel Gibson, which, however, includes many historical inaccuracies. 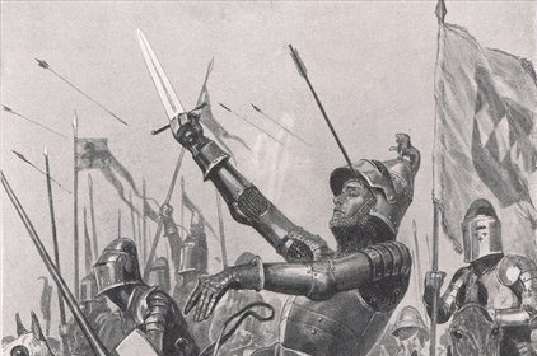 Sir Henry Percy (1364-1403), nicknamed Hotspur for his temper, was knighted by King Edward III as a 13-year-old boy. In the mid-1380s, he accompanied King Richard II on his expedition to Scotland, where he proved his military skills. He was then sent to France, where his reputation continued to grow. But after his family came into conflict with the new King Henry IV, the most famous English knight of his time rebelled against the King of England and took up arms. In 1403, he was defeated and killed by the royal forces in the Battle of Shrewsbury. 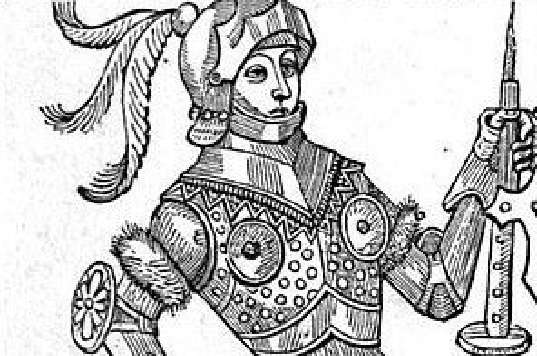 Bertrand du Guesclin (c.1320-1380) is regarded as the greatest French knight of his time. His successful defense of Rennes (1364) against the English significantly raised French morale, but it also attracted the King's attention. Shortly after that, Charles V of France sent him to deal with Charles II of Navarre, and he was victorious once again. Du Guesclin was less successful in the Battle of Auray a few months later and was taken captive by the English. He was ransomed by the French King, who then sent him to Spain to help Henry of Trastamara against Peter of Castile. The campaign was a success, and Trastamara secured the throne, but du Guesclin was once again captured by the English who came to Spain to assist Peter. Charles V made a good decision by ransoming him for the second time as he would recapture much of France from the English in the following decade. Du Guesclin died while on a military campaign in Languedoc in 1380. 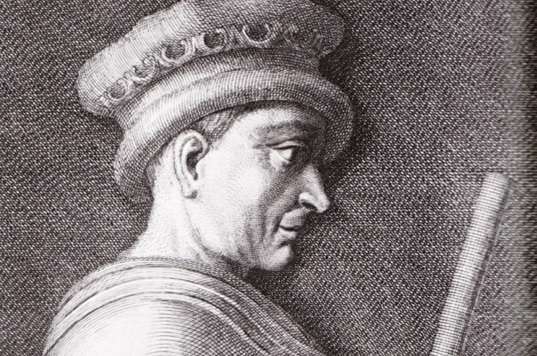 John Hawkwood (died 1394) was one of the most famous and successful warriors of his time. He rose to prominence during his service to the English in the Hundred Years' War (1337-1453) and is said to be knighted, but it isn't known when and by whom. In 1362, he and his White Company of mercenaries offered their services to the Italian republics and fought for whichever paid them more. Due to his international fame and efficacy on the battlefield, each of the Italian republics did their best to outbid the others. After he died, the Florentines commissioned Paolo Uccello to make him a fresco at the Basilica di Santa Maria del Fiore (the Duomo). 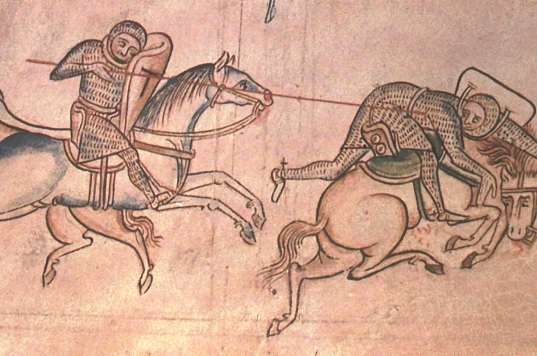 William Marshal, 1st Earl of Pembroke (1147-1219), is often referred to as the greatest medieval knight who rose to prominence for his bravery in tournaments and warfare. He early entered the service of King Henry II, who made him a guardian to his eldest son in 1170. But during the revolt of Henry's sons, he remained loyal to the father and helped him put down the rebellion. When Richard the Lionheart became King of England, he kept Marshal at his side, which turned out to be a very good idea. During his absence, Marshal prevented the King's brother John from seizing the throne. But after Richard's death in 1199, he helped John to ensure succession and became one of his closest counselors. He remained loyal to John during the First Barons' War (1215-17) and, after his death, helped ensure the throne for John's son Henry III.