You are here: History Lists · Other · 9 of the Most Devastating Medieval Weapons

9 of the Most Devastating Medieval Weapons

Medieval weapons, that is, weapons of the European Middle Ages. The most used weapons were daggers, axes, clubs, and spears, while swords were mainly used for knights or people wealthy enough to acquire them. Here we are presenting our top nine devastating medieval weapons. 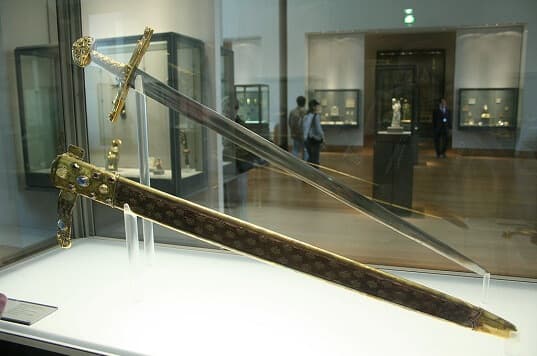 The term knightly or “arming sword” describes a single-handed straight sword of the middle and late medieval age which evolved from the early Viking sword. They would often have a long crossguard, which created the cross shape and the silver blade could have an inscription that praised God. Because it was expensive to make knights mainly used it as a powerful slash weapon, but by the thirteenth century, a turning point came when chain armor was improved and reinforced with plates, which required more thrust-heavy blades. A variety of sword types were developed but eventually lost their impact against full plate armor. 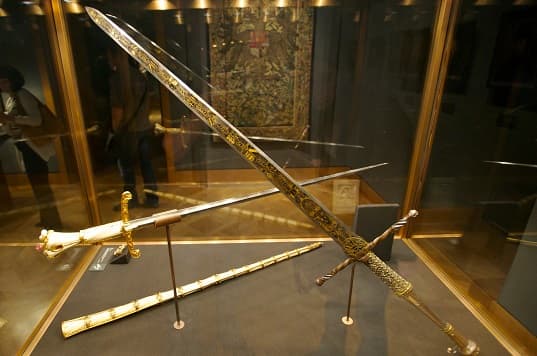 The longsword was popular in late medieval times from the fourteenth to the sixteenth century. It is characterized by a long double-edged blade and longer grip which indicates that it was used with both hands. The primary purpose was to cut and thrust the enemy with a long-range making it more capable against reinforced armor than the knightly sword and also proved effective against cavalry. The two-handed sword was relegated to the use in duels and replaced with smaller and lighter swords, which corresponded better to the modern warfare without strong armor. 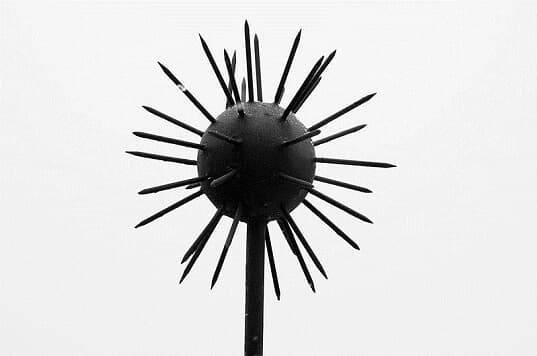 Developed from the club around the fourteenth century, and because it looks like a star, it fittingly got named “morning star.” From that time it changed significantly. The most commonly accepted version usually consists of a long wooden shaft (up to 6 feet) and a giant metal ball with spikes which give it that star-shaped appearance. Swinging this weapon was deadly, as bones would break under the force, and even if you were in full plate armor, the spikes were ideal for denting and piercing. It was mostly used by infantry. However, because it was so effective, there was also a morning star with a reduced shaft for cavalry. 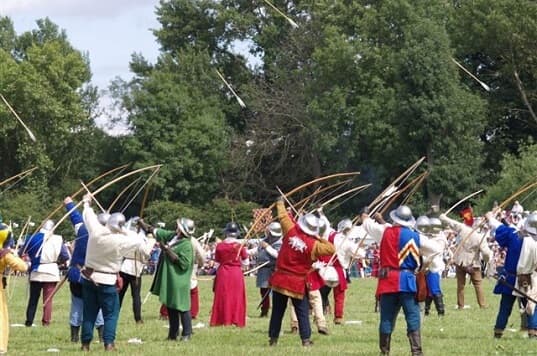 The longbow was developed in the late thirteenth and early fourteenth century. The usual length was six feet and made of yew which had to dry for up to two years. Arrows were up to 30 inches, and the string was made of hemp or lax. Bolts were devastating against massive army formations because they could reach a range of up to 360 yards. The most famous victory secured by the longbow was the battle of Agincourt, where an outnumbered English army devastated superior French knights. They were so hated and feared by the French that if a longbowman were captured, they would cut off their two firing fingers. 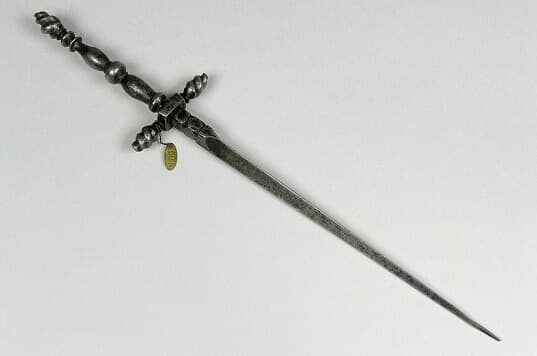 Stilleto is similar to a dagger but was designed as a specialized thrusting weapon, with a slender, very thin and pointed blade. The purpose of the narrow but long and sturdy blade is to minimize as much visible damage as possible but cause considerable lethal internal damage. The stilleto thus makes it possible to kill rather inconspicuously, which favors the escape of the offender, which made it the primary weapon of medieval assassins. In its country of origin, Italy, it was prohibited by the city authorities as the killing style was considered treacherous. 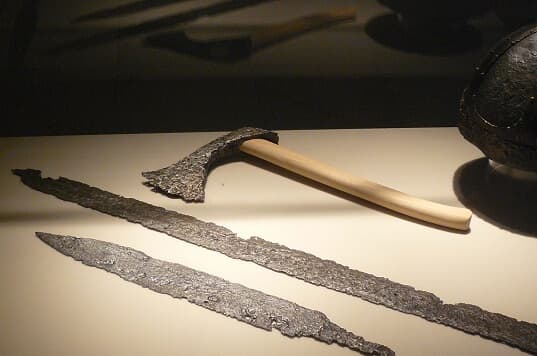 Francisca or Francesca was a Frankish throwing ax used through the early medieval age. The soldiers would have launched it from a distance of about ten to twelve meters at the enemy before the main charge, causing confusion and panic in enemy lines. Even if the edge of the blade didn’t hit the enemy, the weight of the ax could still cause severe damage. Towards the end of the 6th century, it was decommissioned, but the Franziska is still a popular model in sporty ax throwing. 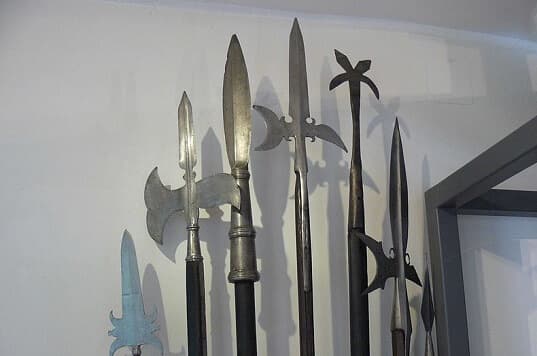 The halberd was developed by the Swiss army and mainly used in the 14th and 15th century. Infantry formations with halberds were a deadly foe against incoming cavalry. The Halberd had a spike with an ax and the hook. The hook could dismount the horse, and ax could split open the horse or finish of the armored knight. Because it was cheap to produce, halberd spread quickly through medieval Europe. It is still used as a ceremonial weapon by the Swiss guard. 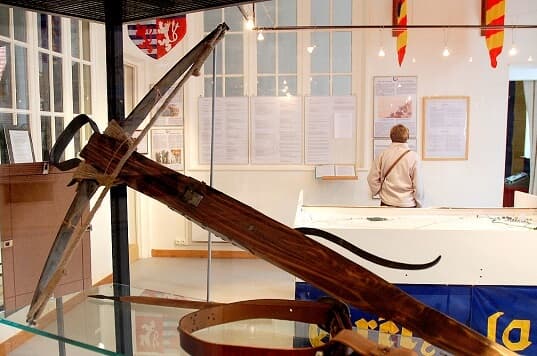 Crossbows required less energy and training than the longbow. Therefore, they evolved into prominent weapons of the medieval age. Also, they were deadly. So deadly that Pope on the Second Lateran Council banned the use of crossbows because of their mortality. Unlike long arrows for the bow, bolts for the crossbow were short. It was light and had a metal rhomboid point. The advantages are numerous - it could be carried, loaded, and shot by untrained soldiers and could also penetrate the full plate armor of a knight. 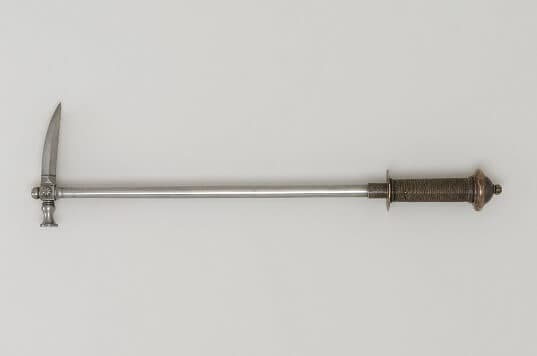 This weapon is of Islamic origin. It consisted of a long spike and a hammerhead which served to dent or break up the enemy’s armor while the spike on the opposite side could pierce plate armor. Firstly, it was used by cavalry and later by infantry. Usually, it wouldn’t bring deadly wounds but penetrating armor with this weapon could be tricky as it could stick in enemy armor. Nevertheless, it proved an effective weapon and was adopted by many countries until the arrival of firearms, the horseman’s pick lost its purpose.