You are here: History Lists · Events · List of 5 Most Significant Battles of the Hundred Years' War

List of 5 Most Significant Battles of the Hundred Years' War

The Hundred Years' War was fought between France and England over the French throne from 1337 to 1453 which is even longer than 100 years. The war, however, was not fought continuously but in phases which initially evolved in the English favor. But the tide of war lastly turned in the French favor. By 1453, the French throne was secured by the House of Valois (a cadet branch of the extinct House of Capet), while all English possessions in France with the exception of Calais were lost. Nevertheless, the English won three of five most significant battles of the Hundred Years' War. 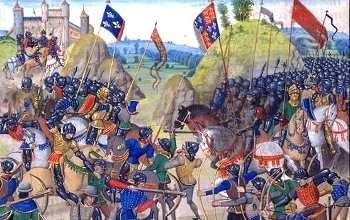 The battle which was fought at the village of Crecy in northern France went into history for the disastrous defeat of the French despite the fact that they had a considerable numerical superiority. The Genoese mercenary crossbowmen and later the elite force of French knights proved to be an easy target for the English longbowmen. Victory at Crecy enabled Edward III of England to lay siege to Calais and force the city defenders to surrender one year later. 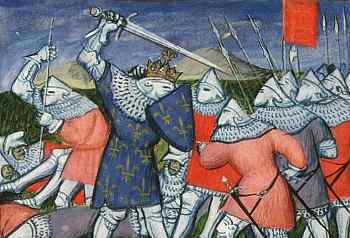 Son of Edward III of England, Edward the Black Prince heavily defeated the superior French army near Poitiers, the today’s capital of the French region of Poitou-Charentes. Again, the English longbowmen played the decisive role in the outcome of the battle. The French king John II was captured during the battle and taken to England. He was released in 1360 after he promised to pay an enormous ransom. 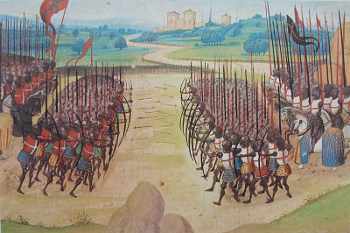 The battle marked the last of the three brilliant English victories in the Hundred Years’ War against France. The English, commanded by King Henry V decisively defeated the numerically superior French army and conquered much of France. The English, however, failed to achieve a decisive victory in the war which entered into a new phase after the Battle of Agincourt and gradually turned in the French favor. 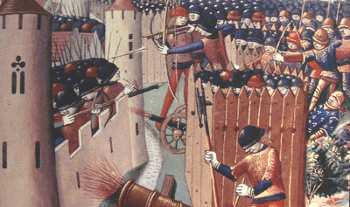 Joan of Arc, a 17-year old French peasant girl who claimed divine guidance lifted the Siege of Orleans which marked the turning point in the Hundred Years’ War. One of the greatest successes of the French army during the entire war enabled Charles VII to travel to Rheims to be crowned as King of France but it also significantly increased the morale among the French soldiers. In 1430, Joan of Arc was captured by the Burgundians who handed her over to the English. She was burned at the stake for heresy in the same year. 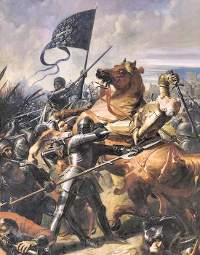 The battle which ended with the French victory marked the end of the Hundred Years’ War between France and England although a peace treaty was never signed. The English who achieved several major victories during the course of the war lost all their possession in France except for Calais which was recaptured by the French only in 1558. The battle, however, also went into history as the first battle in Europe in which cannons played a decisive role.