You are here: History Lists · Events · List of 9 Crusades to the Holy Land

Crusades were a series of 9 military expeditions which sought to recapture Jerusalem and other places sacred to Christianity from the Muslims. They were formally launched by Pope Urban II in the late 11th century to help the Byzantine Empire against the Seljuk Turks. Soon, however, the Holy Land became the primary objective of the crusaders, many of which weren't led only by noble motives but economic, political and social as well. Listed below are 9 crusades to the Holy Land between the 11th and 13th centuries. 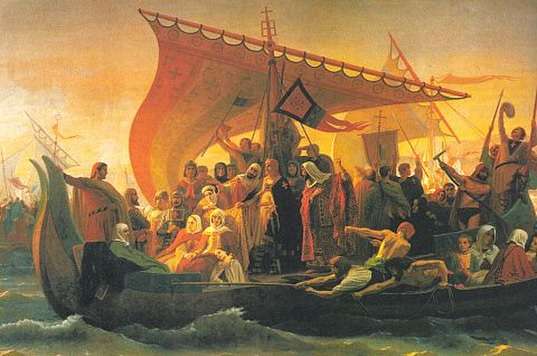 The First Crusade was launched after Pope Urban’s call to help the fellow Eastern Christians against the Muslims. Conquered lands supposed to be returned to the Byzantine Empire but after capturing Jerusalem in 1099, the leaders of the crusade divided the territories among themselves. They created the Kingdom of Jerusalem, Principality of Antioch, County of Tripoli and County of Edessa and established themselves as the rulers of the newly formed crusader states in the Holy Land. 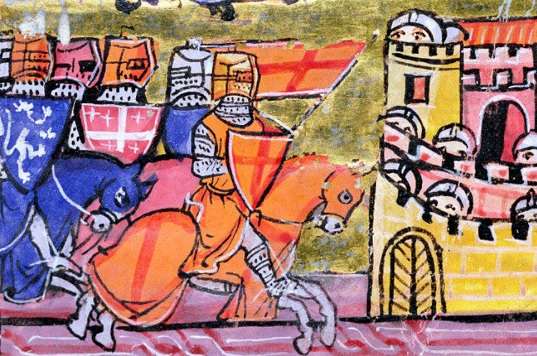 The second military expedition to the Holy Land was called for by the Church to recapture the County of Edessa that fell to the Muslims in 1144. Two kings, Louis VII of France and Conrad III of Germany, decided to lead the crusade. One year later, they laid siege to Damascus but after failing to capture the city, the German king decided he had enough and left the Holy Land. His French counterpart soon followed his example and the Second Crusade came to an end, failing to achieve anything. 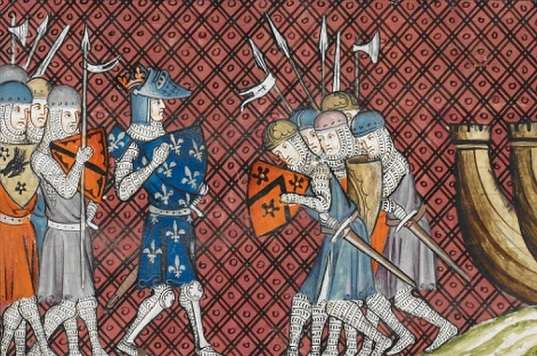 Also known as the Kings’ Crusade because it was participated by as many as three European kings, the Third Crusade was launched after the fall of Jerusalem to the Muslim leader Saladin in 1187. However, Frederick I (Barbarossa) of Germany died on the way to the Holy Land, while Philip II soon departed for France due to conflicts with Richard I of England. The latter won several notable battles but failed to recapture Jerusalem. Before returning to Europe, however, the English king managed to negotiate a free access to Jerusalem for Christian pilgrims. 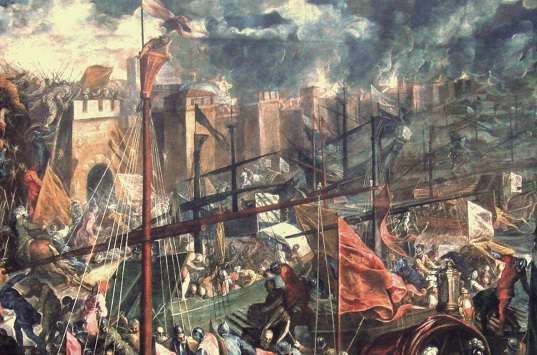 Unable to cope with the loss of Jerusalem, Pope Innocent III energetically preached for crusade. He succeeded to raise an army of crusaders who, however, never made it to the Holy Land. On their way to Jerusalem, they captured the Adriatic city of Zara for Venice and shortly thereafter got involved in the struggle for the Byzantine throne. Instead of recapturing Jerusalem as the Pope hoped, the Fourth Crusade ended with the Sack of Constantinople and formation of the short-lived Latin Empire on the conquered Byzantine territories. 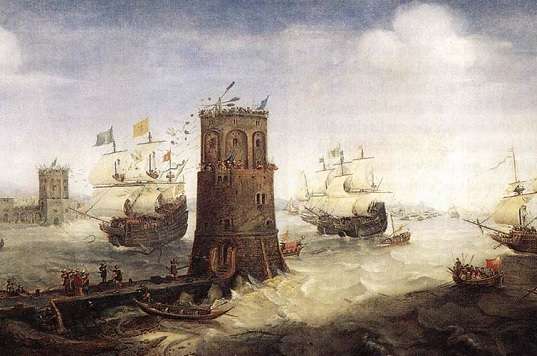 Despite the infamous failure of the Fourth Crusade, the Popes continued to preach for military expeditions to the Holy Land. Pope Innocent’s successor Honorius III managed to convince Andrew II of Hungary and Leopold VI, Duke of Austria to take up the cross and lead the expedition. However, they chose to start their campaign in Egypt. In 1219, they captured the port of Damietta and were offered all the holy cities in return for withdrawing from Egypt. Encouraged by the success, the crusaders refused which proved to be a mistake. The march to Cairo failed and the crusaders were forced to return home without capturing either Egypt or the holy cities. 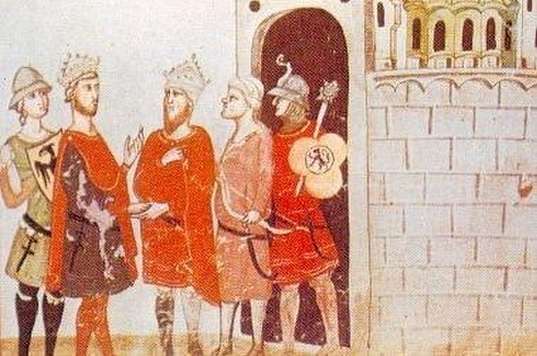 The Sixth Crusade was a major success for the crusaders despite the fact that it saw little action. At the same time, the Holy Roman Emperor Frederic II who led the campaign was at the time under excommunication. Shortly after arriving to the Holy Land, Frederick II entered into negotiations with the Egyptian sultan who agreed to cease Jerusalem, Nazareth, Bethlehem and other holy cities to the Christians. 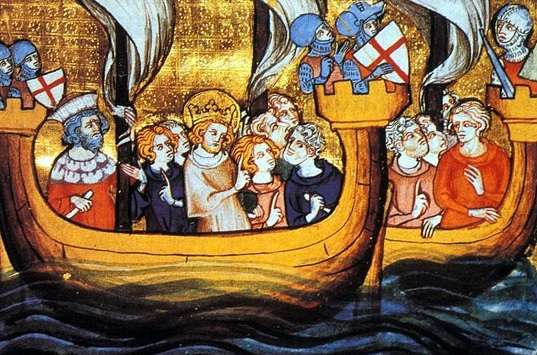 The Seventh Crusade was launched by the French king Louis IX who decided to recapture the Holy Land by conquering Egypt first. Just like the leaders of the Fifth Crusade, Louis IX succeeded to capture Damietta but he failed to capture Cairo. In addition, he was taken captive while trying to return to the port of Damietta. A ransom was paid and the French king was released. But as he prepared for a campaign to the Holy Land, he received a letter that his mother died and returned to France. 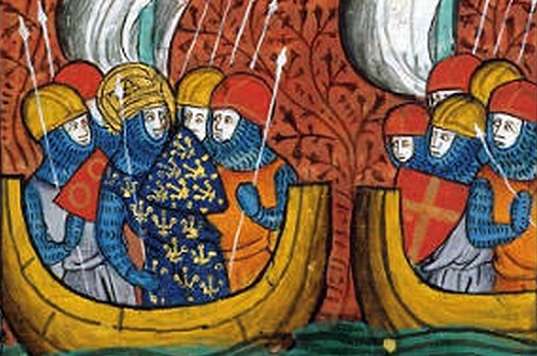 In 1270, the French king Louis IX decided to give it another try and launched his second crusade. But rather than the Holy Land or Egypt, this time he chose to start his campaign in Tunis. However, disease broke out among the troops shortly after landing and the French king who got ill himself died shortly thereafter. His brother Charles of Anjou who arrived one day before his death immediately entered into negotiations with the Caliph of Tunis to ensure safe departure of the crusader army. 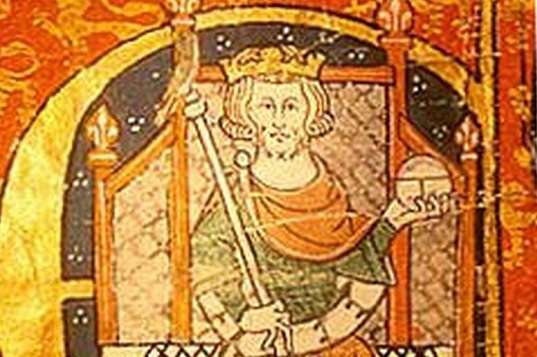 The last in the series of military expeditions that sought to recapture the Holy Land from the Muslims was launched by Prince Edward of England who also took part of the Eight Crusade. After the French king’s death and the departure of the French crusaders, the English prince decided to launch his own expedition. In 1271, he landed in Acre and tried to win support for his cause but lack of interest and news from England about his father’s illness prompted him to return home. With Prince Edward’s departure, the attempts of the Christian Europe to capture the Holy Land finally came to an end. 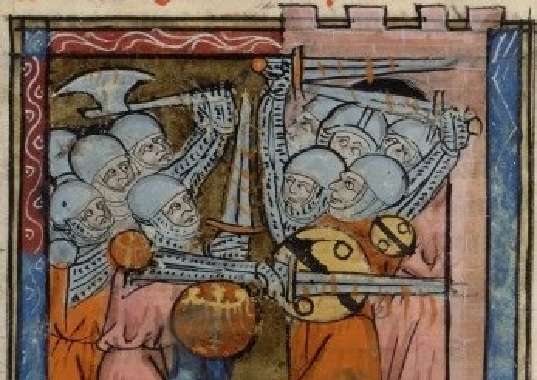 Pope Urban’s speech at the Council of Clermont where he called for crusade had a major impact on the European public. Although the Pope’s call was aimed at the Christian knights, it also managed to mobilize ordinary people who set out to the Holy Land themselves in 1096. People’s army, consisting mainly of unexperienced and poorly equipped peasants that preceded the First Crusade, however, didn’t stand a chance against the Muslim forces and was destroyed before the main army arrived to the Middle East. 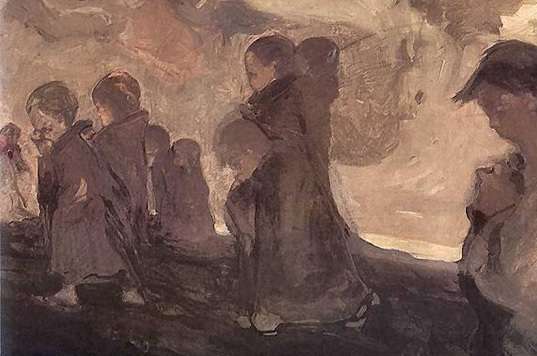 In the early 12th century, several thousand children set out to the Holy Land. The idea was that the knightly army failed to capture Jerusalem and other holy places due to impurity and that children would succeed with their innocence. Many, however, perished from disease and hunger before reaching the Italian ports, while others were sold into slavery. Only a few managed to return home.