Baroque architecture flourished between the late 16th and mid-18th century. The architectural style which emerged in Italy soon spread to the rest of Europe and by the 17th century, Spanish Baroque style (also referred to as Churrigueresque) reached Latin America. Initially used to express the triumph of the Roman Catholic Church over Protestant Reformation, the architectural style later also came to be used as a visual demonstration of absolutist regime in the form of magnificent palaces. Listed below are 10 masterpieces of Baroque architecture, both religious and secular. 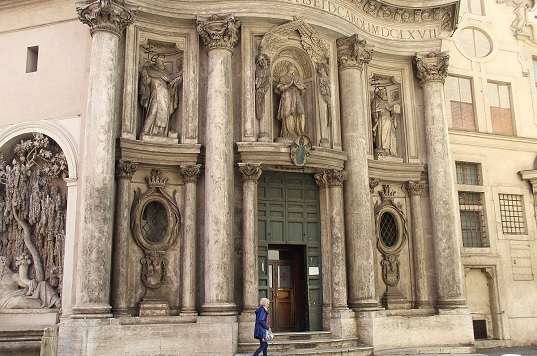 Designed by one of the leading Baroque architects Francesco Borromini (1599-1667), the San Carlo alle Quattro Fontane (also known as the Church of Saint Charles at the Four Fountains) is one of the finest examples of Baroque architecture. The Roman Catholic church was built between 1638 and 1646 when it was consecrated, while the facade was completed in the 1670s by Borromini’s nephew Bernardo. 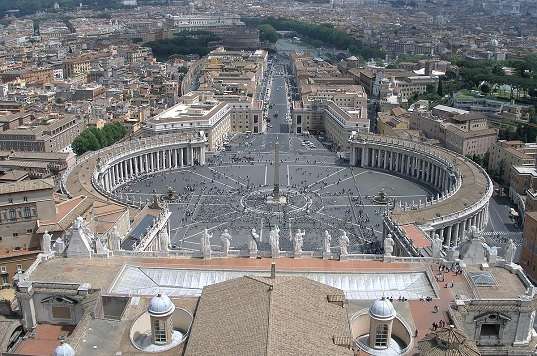 The St. Peter’s Square and its imposing colonnades with 140 statues of saints are the work of Gian Lorenzo Bernini (1598-1680) who was next to Francesco Borromini one of the most prominent architects of the Baroque era. He also built the left fountain largely following the design of the earlier Carlo Maderno’s fountain (on the right) to create a symmetry. In the center of the square stands an ancient Egyptian obelisk which was erected on its current site in 1586 by Domenico Fontana. 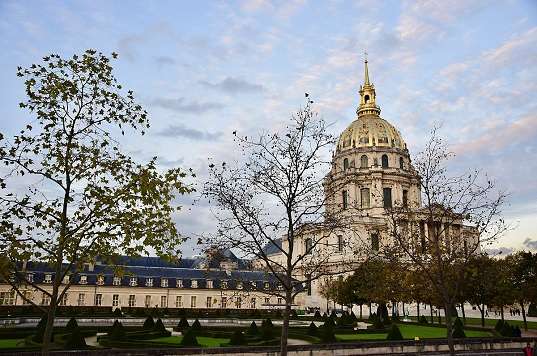 Les Invalides is one of the greatest masterpieces of French Baroque architecture. Most of the complex was built by French architect Liberal Bruant (1635-1697), while the spectacular chapel dome was completed by Jules Hardouin Mansart (1644-1708). Built as a retirement home and hospital for veterans between 1671 and 1678, Les Invalides is today home to the museum of the French Army, museum of military models and museum of contemporary history. But it is also the final resting place of several French national heroes including Napoleon Bonaparte. 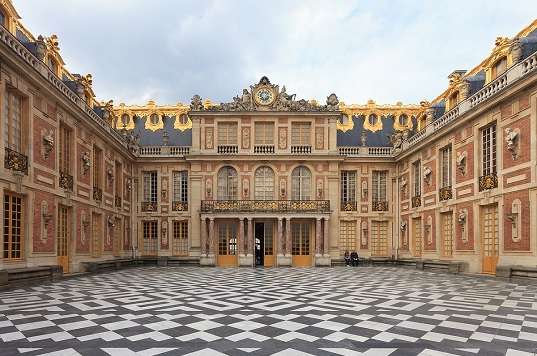 The Palace of Versailles, one of the grandest palaces ever built is the finest example of secular Baroque architecture. Commissioned by Louis XIV (1643-1715) in the 1660s, most of the palace including its spectacular Hall of Mirrors was designed by architect Jules Hardouin Mansart. The Sun King’s successors made some alterations but the magnificent palace and its gardens are just as impressive as they were in the time of Louis XIV. Since 1837, the Palace of Versailles is open to the public as a museum. 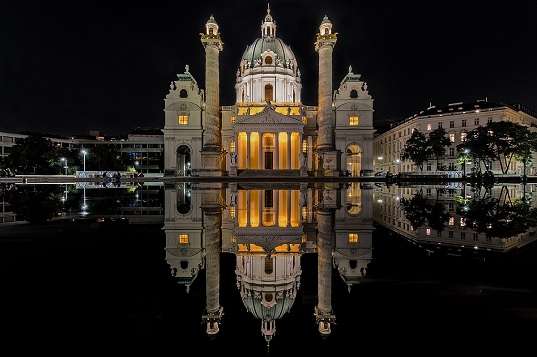 The beautiful Baroque church is one of Vienna’s most admired buildings. It was commissioned by the Holy Roman Emperor Charles VI (1685-1740) who vowed to build a church after the last major plague outbreak in the early 18th century. Karlskirche was built between 1716 and 1737 after the design of Austrian architect Johann Bernhard Fischer von Erlach (1656-1723) who won the competition for design of the church. He died before completion of his masterpiece which was completed by his son Joseph Emanuel. 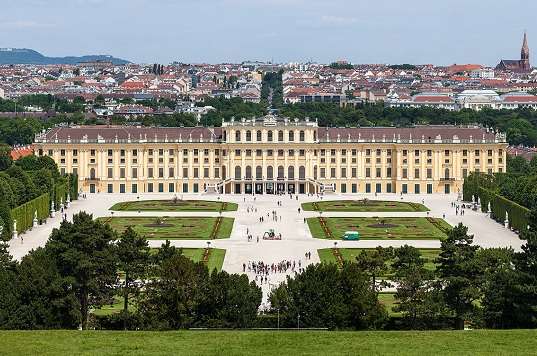 The Schönbrunn Palace is a former summer residence of the Habsburg monarchs that was built in late Baroque style. Just like Karlskirche, the Austrian version of the Palace of Versailles is the work of architect Johann Bernhard Fischer von Erlach although it later went through some changes. After the collapse of Austria-Hungary and the downfall of the Habsburgs in 1918, the palace became owned by the Republic of Austria and was eventually opened to the public as a museum. 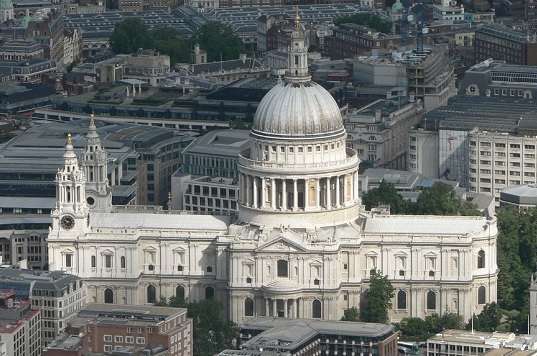 Built on a site of an earlier church that was severely damaged in the Great Fire of London in 1666, the St Paul’s Cathedral is widely considered as one of the finest examples of English Baroque architecture. The design is the work of the celebrated English architect Sir Christopher Wren (1632-1723) who was also commissioned to rebuilt over 50 churches that were damaged in the Great Fire and many notable secular buildings across England. From 1710 when completed until 1962, St Paul’s was the tallest building in London. 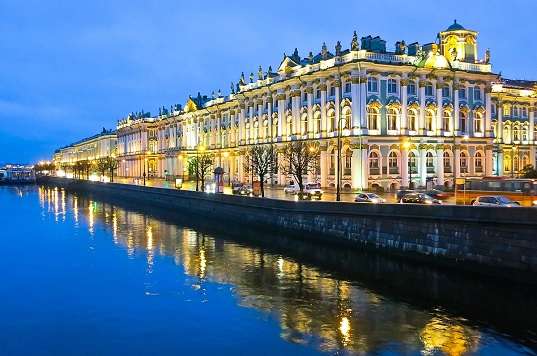 The Winter Palace was built as the residence of Peter the Great (1672-1725) in Saint Petersburg and served as the official residence of the Romanov monarchs from 1732 until the Russian Revolution of 1917. Peter’s palace which was designed by Swiss Italian architect Domenico Trezzini in the so-called Petrine Baroque style, however, was altered considerably by his successors. Most of its present-day appearance dates from the late 1830s when it was rebuilt due to damage caused by a fire. The Winter Palace was also severely damaged during the Siege of Leningrad (1941-44) but was later restored in its former grandeur. 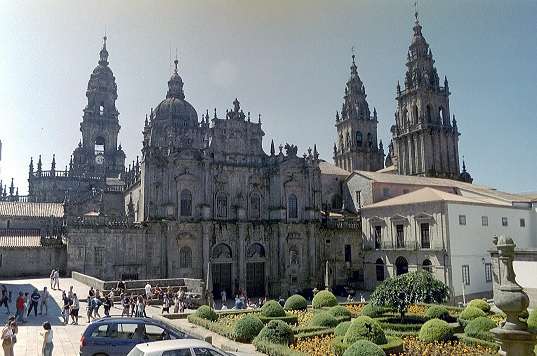 One of Spain’s most famous cathedrals and a pilgrimage site since the Middle Ages, the Cathedral of Santiago de Compostela is a Romanesque building. But the later added western facade of Obradoiro is widely considered as one of the most beautiful examples of Spanish Baroque style or Churrigueresque (named after Spanish architect Jose Benito de Churriguera). The facade was built in the 18th century by architect Fernando de Casas Novoa. 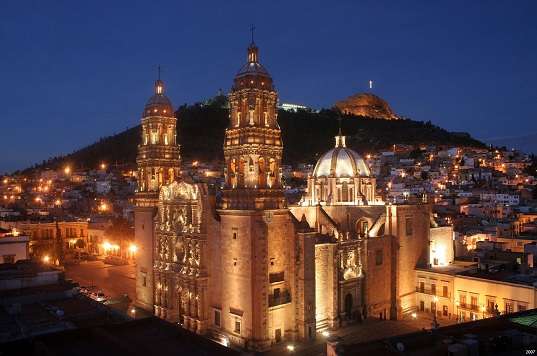 The Zacatecas Cathedral in the city of Zacatecas, Mexico, is regarded as one of the finest examples of Mexican Baroque architecture. The cathedral basilica was built between 1730 and 1760 by an unknown architect on a site of an earlier 16th century church. In addition to reflecting the influence of the Spanish Churrigueresque, the cathedral also reflects incorporation of indigenous decorative elements. In 1993, it was inscribed in the list of UNESCO World Heritage Sites as a part of the Historic Center of Zacatecas.