You are here: History Lists · People · 9 of the Most Important Viking Leaders

9 of the Most Important Viking Leaders

"Grant us, God, protection from the savage Vikings" a prayer written by Charles the Bald, a French King, when his nation was under almost constant attack by the Norseman, more commonly known as Vikings, a term that means "a pirate raid." Living in the early Middle Ages, they came from an area called Scandinavia, known better as Norway, Sweden, and Denmark. They were remarkable farmers, artisans, sailors, and merchants, but also bold and brutal conquerors who flourished between the year's AD 789 and 1100 after which they channeled their military power into more peaceful pursuits. Below are nine famous Viking Rulers and Leaders that shaped the Viking legend which lives on in story and song with incredible vitality. 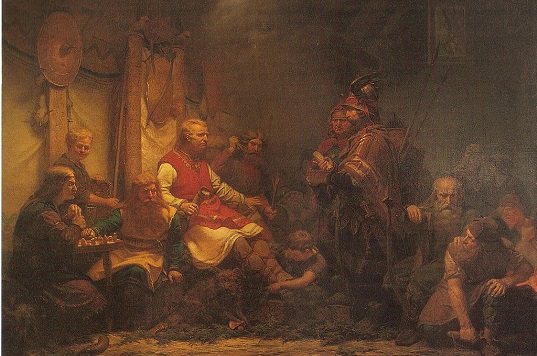 Whether Ragnar was an amalgam of several men or existed in his right, Norse sagas credit him for invading and settling the kingdom of Northumbria in England and for the great raid on Paris in AD 845. Although at the time, Paris was a relatively small city - located on the island in the Seine River known as the Ile de la Cité - it was the capital of West Frankia and the center of power, civilization, and trade in Western Europe. The raid resulted in a bribe paid by the Frankia king, Charles the Bald. Amounting to 7,000 livres (over two and a half tons of silver and gold), this was enough to make the Vikings withdraw, at least for a while. 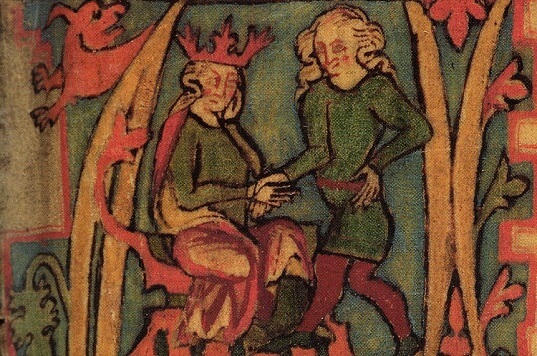 Not much is known about Herald Fairhair as very few contemporary sources that mention this king survived. What we do know is he was born around AD 850, and at a very young age set about conquering the small kingdoms of coastal Norway. After the Battle of Hafrsfjord in AD 872 which resulted in the unification of Norway - at the age of 22 - he was acknowledged as the first king of the Norwegians. The effect of his rise to power drove his opponents outward, spreading Viking settlements across northern Europe in Iceland, the Orkney Islands, the Shetlands, Hebrides, Faroes and the north of England. After reigning for 28 years, Harald died due to natural causes in approximately 933. 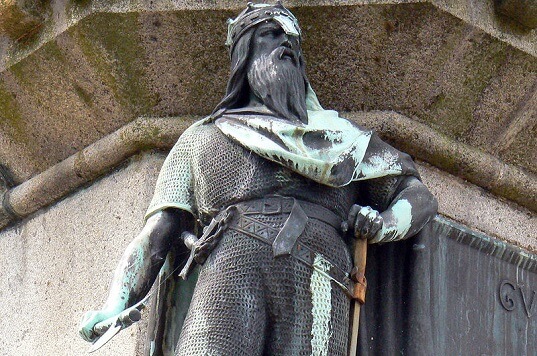 A subject of Harald Fairhair, Gaange Rolf better known as Rollo was born circa 860. As a young man, he raided the coast of Ireland and Scotland, and in 911 he joined an expedition of combined Viking forces to sail up the Seine River to take Paris (again). The king of West Frankia, Charles the Simple, paid the invaders 700 livres of silver to leave. More importantly, Charles offered to give Rollo land in return for an oath of allegiance and protection of the Frankia kingdom. Rollo and his Viking vassals settled on the northern coast of France, an area now known as Normandy, and founded a dynasty that later included William the Conqueror. Rollo was baptized into the Christian church with the name Robert, although he continued to worship the Norse gods until his death. 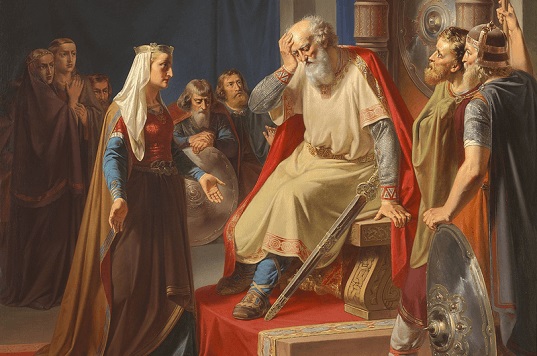 Even at the height of the Viking Age, as they pushed into the Continent with their raids and forced settlements, the Norsemen found themselves the target of a European cultural counterstroke in the form of Christian missionaries. One Norseman, who resisted this cultural change, was the king of Jutland, in what is now northern Denmark, called Gorm the Old - not for his age, but his dedication to the old gods. Born around the year 900, he became the first historically recognized king of all of Denmark in 936 and ruled until his death in 958. 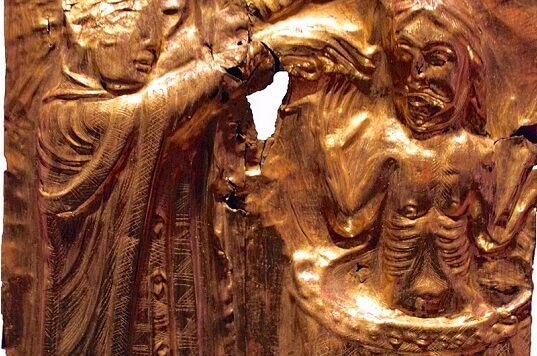 Officially named Harald Gormsson - the son of Gorm the Old - was born circa 935. Upon his father’s death in 958 Herald became King of Denmark and even temporarily became king of Norway circa 970. Raising what are now termed Jelling Stones (which are the sources of the best-known runic inscriptions in Denmark) to honor his parents, Harald continued their program of reinforcing existing and building new defensive fortifications to protect his kingdom from the Saxons. His reign also saw the beginning of the large-scale conversion of the Danish Vikings to Christianity. 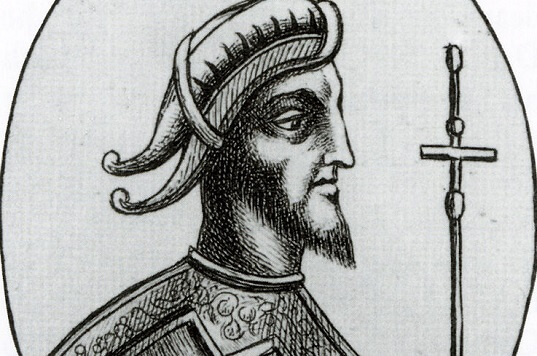 Sweyn has been referred to by many names, including Sweyn Forthchog ( Sweyn Forkbeard ), Sweyn Dateniad (English sources); also Svein, Svend, Swegen and Sveinn Tjúguskegg but none of these compare to the name he made for himself. Sweyn revolted against his father, Harald Bluetooth, and captured the throne at the end of 986 or early 987. By AD 1000 Sweyn ruled most of Norway and was the first Danish monarch to have minted coins with his likeness, under the inscription Sven, king of the Danes. In 1013 after a long period of campaigning against the English, he was proclaimed King of England but died just five weeks after the day he was declared king. 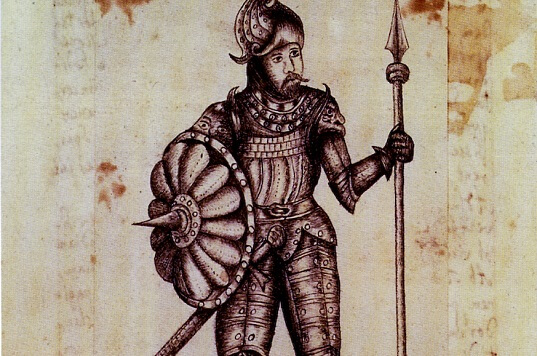 Erik Thorvaldsson (nicknamed “the Red” thought to be for the color of his hair), was born in AD 950. After being banished for three years following a feud with other settlers in AD 982. He spent that time in exile exploring and although Erik the Red is sometimes credited with discovering Greenland, it is more likely that Norseman already knew of its existence. What Erik did accomplish, however, was finding ice-free areas that would support cultivation. Returning to Iceland in 985, Eric managed to convince enough Norsemen to establish homesteads and founded settlements along the southwest coast of Greenland. 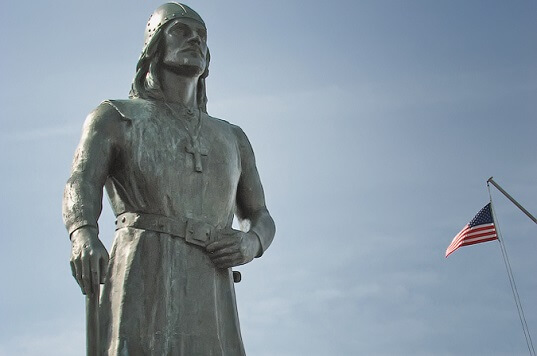 As a boy, Leif Erikson followed his father, Erik the Red, to the new settlements in Greenland but in the year 999, Leif sailed west with 35 men on a voyage of discovery. He made three landfalls: the first he named Helluland (“Flat-Rock Land” which may have been Baffin Island), next Markland (“Forest Land,” possibly Labrador) and then Vinland (“Land of Grapes,” which is now thought to be in the area of the Gulf of St. Lawrence). In Vinland, he established a settlement but conflict with the local natives, which the Norsemen called “Skraelings,” ultimately made the settlement untenable and the survivors returned to Greenland. 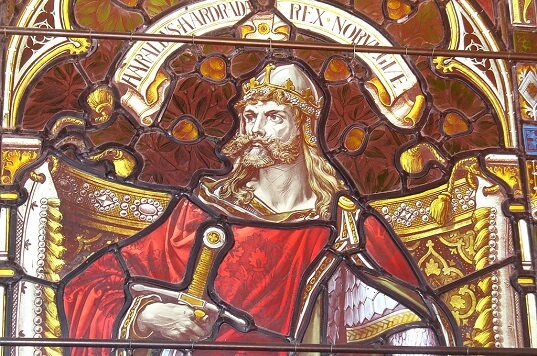 By the middle of the 11th century, the Viking Age was on the decline. Many historians consider Harald as the last of the great Viking rulers. He successfully established himself as the king of Norway, which he ruled for two decades under the nickname Harald Hardrada (“The Hard Ruler”). By the year 1066, he turned his sights to England. Harald was defeated at the Battle of Stamford Bridge against the forces of the English king, Harold Godwinson. Although Harald died in the battle, he had revenge of sorts: Three days later, the Normans landed on the Sussex coast, hundreds of miles to the south, where William the Conqueror began his campaign to take the English throne and change British history.