You are here: History Lists · People · List of 10 Greatest Inventors of the 19th Century

Time of great innovation, discovery, and invention. The 19th century gave us many prominent people that thoroughly changed the world. It brought us technological revolution, electrification, and significant advances in medicine. Below is the list of some of the most important inventors and their inventions that greatly impacted humanity and the way we live, even today. 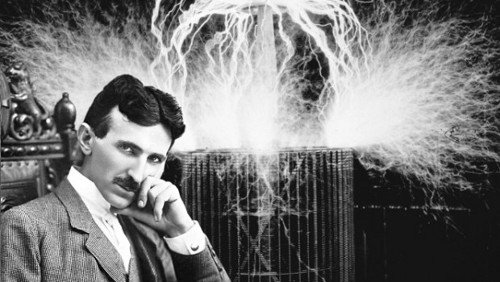 When you start researching who Nikola Tesla was and his legacy, you start to realize that he was one of the greatest inventors of the 19th and early 20th century and rightly deserves the first spot on this list. He was born on July 10, 1856, in Smiljan, then Austrian Empire to a Serbian Orthodox Church priest Milutin Tesla and Đuka Tesla. It was his mother, whose father was also a Serbian Orthodox priest, that initially sparked Nikola's interest in making things. She was quite versed in making all kinds of home tools and mechanical devices.

Nikola Tesla received gymnasium education and later enrolled to Polytechnic in Graz, Austria. He dropped out of school and went to Budapest, where he worked in a telegraph company, and it was not long before he became a chief electrician in Budapest Telephone Exchange. In 1884, he emigrated to New York, where he started working for Edison. After he improved Edison's inefficient motors, Edison didn't hold his word to pay 50,000 dollars for improvements, and Tesla immediately left Edison's company. Tesla then established his own laboratory where he could experiment on his own. He went on to discover electron, X-rays on his own, rotating magnetic field, electrical resonance, cosmic radio waves, and the invented wireless remote control, the radio, electric motor, and many other things that profoundly changed the world.

Today, he is best known for his contribution to building the Niagara Falls Power Plant and for his work on the alternating current, which became a standard and is used to this day. He died on January 7, 1943, in New York City, United States. For many years, he was kind of forgotten, but we consider him as the man who lit the world. 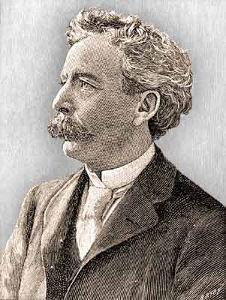 Early on, Luther Burbank developed a love for nature. Even though he only received an elementary education, he became one of the most prominent plant breeders of all time. His Burbank potato is the most widely cultivated potato variety in the world. A turning point in his life was an event that took place in 1875 when Petaluma banker contacted him with a request to deliver 20,000 plum trees by the end of the year. The banker said all nurseries he contacted refused to do the job, claiming that such a project cannot be finished in such a short time.

On the other hand, Luther Burbank accepted the job, and by the end of the year, he delivered 19,500 plums. He quickly became well known and proclaimed the plant wizard. He didn't like the title since he didn't consider his work to be magic but pure science. Shasta daisy is another creation of Luther Burbank that can today be found in numerous homes worldwide. During his career, he created more than 800 strains of vegetables, fruits, and flowers. Born on March 7, 1849, in Lancaster, Massachusetts, he died on April 11, 1926, in Santa Rosa, California.

Can you live without it? Today, we cannot even imagine our lives without this simple medicated paper for the water-closet that we call toilet paper now. In 1857, Joseph Gayetty started marketing his invention as a medical product that would help people suffering from hemorrhoids. His medicated paper was watermarked with the inventor's name, was scented, and contained Aloe lubricant. It was the first commercially available toilet paper, and we consider Joseph Gayetty as the inventor of the modern toilet paper. 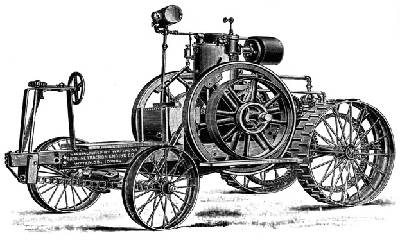 In 1890, John Froehlich and his workers decided that they were fed up with steam-powered threshing machines and went on to build the first gas-powered tractor. By 1892, they built a machine that was able to go forward and in reverse and was powered by a gasoline engine with 16 horsepower. In its first year, his machine was able to thresh more than one thousand grain bushels per day without any issues. Steam-powered threshers were known to start a fire in a field occasionally, but this new tractor proved itself to be safer and more frugal. It used only 26 gallons of gas for threshing over 70,000-grain bushels without posing a risk of fire. John Froehlich is therefore credited with the invention of the first modern tractor. He was born on November 24, 1849, and died on May 24, 1933. 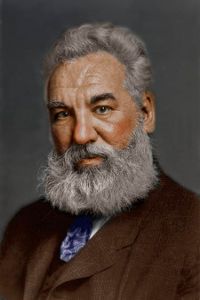 As a 12-year-old boy, Alexander Graham Bell invented a wheat husking machine for his neighbor, John Herdman, who operated a flour mill. In return, Herdman gave a small shop to Bell, where he could continue with experiments and exploring. When Bell's mother became deaf, he vigorously studied acoustics and elocution. At the age of 23, he relocated to Canada and later to Boston, United States, where he invented microphones and the acoustic telegraph that is called the telephone today. Bell received a patent for his invention in 1876. Although there is much controversy around telephone invention, we cannot deny that Alexander Graham Bell was one of the most important contributors to its development. Bell was born on March 3, 1847, in Edinburgh, Scotland, and died on August 2, 1922, in Beinn Bhreagh, Nova Scotia, Canada. 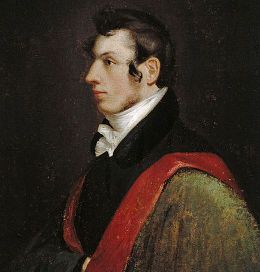 Before Samuel Morse became the famous inventor, he established himself as a successful painter. When he was denied painting one of the interior panels of the US Capitol Dome, he decided to give up painting and focus on other subjects that interested him, electricity and telegraph. He invented Morse code, a code of dots and dashes that is still the standard for rhythmic transmission of data. Samuel Morse is attributed as the inventor of the single-wire telegraph and is considered one of the biggest contributors to the development of communications in the 19th century. Born on April 27, 1791, in Charlestown, Massachusetts, United States, he died on April 2, 1872, at the age of 80 in 5 West 22nd Street, New York City, United States. 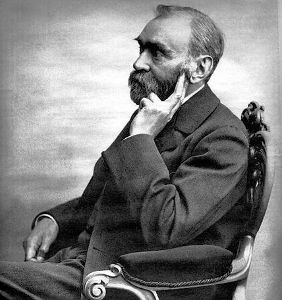 Best known for the invention of dynamite, Alfred Nobel also invented two other explosives - gelignite and ballistite. He was born on October 21, 1833, in Stockholm, Sweden, and was one of only four surviving children out of eight born to Immanuel Nobel and Karolina Andriette Nobel. Alfred's father was an inventor and scientist himself. After years of hardship, the family moved to Saint Petersburg, Russia, where Alfred received the first real education. He excelled in studies, especially in chemistry. When he started experimenting with nitroglycerin, and after numerous small accidents and even a tragedy in which his younger brother Emil died, he was finally able to develop a stable explosive in 1867 called dynamite. Due to smart business decisions, he was able to accumulate great wealth. 94% of this wealth Alfred Nobel allocated to the Nobel Prize fund in 1895. He died on December 10, 1896, in Sanremo, Italy. 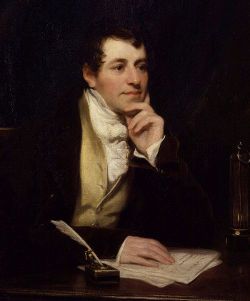 Somehow forgotten today, Humphry Davy was a pioneer in many fields and gave us numerous inventions and discoveries. For his contribution to science and humanity, he was knighted in 1812. After finishing grammar school, he began studies in medicine, turning to chemistry and electrochemistry later. He is best known for discovering sodium, potassium, and calcium by using electrolysis. Due to his brilliant way of presenting lectures and experiments, he became well known and famous even. Some of this fame can be attributed to his experiments with nitrous oxide, also known as laughing gas. Unfortunately, he later became addicted to it.

Today, we consider Humphry Davy as the inventor of the first electric light. In 1809, he connected two wires to a battery with a charcoal strip between, and the strip lighted up for a short time. Humphry Davy was born on December 17, 1778, in Penzance, Cornwall, England, and died on May 29, 1829, in Geneva, Switzerland. 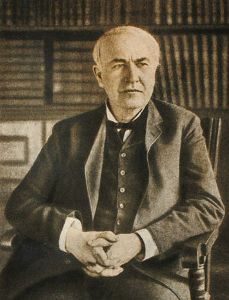 Edison is best known for his work on the first commercially viable incandescent light. In 1878, he spent months trying to get different filaments to work. Finally, he and his team were successful with carbon that lasted 13,5 hours and later carbonized bamboo filament that worked for over 1,200 hours. Apart from being an inventor, Edison was also a very successful entrepreneur. He established numerous companies and was able to turn his inventions into profit quite easily. We could say he was a good marketer as well.

But one of the most important battles of his life he lost to Nikola Tesla and George Westinghouse. War of the currents was a huge flop for him. He went as far as killing an elephant and making an electric chair to prove that AC (alternating current) is dangerous and unsuitable for wide use. In the end, he lost, and AC is used to transmit power to this day. Edison was born on February 11, 1847, in Milan, Ohio, United States and died on October 18, 1931, in West Orange, New Jersey, United States. 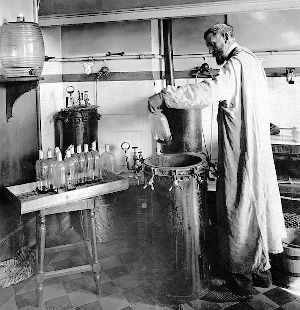 Louis Pasteur was born on December 27, 1822, in Dole, France revolutionized the food processing, and we could hardly imagine our lives today without many pasteurized products such as milk, cheese, juices, wines, and many others. Although pasteurization was a known process in 12th century China and elsewhere, it was Louis Pasteur who, in 1864, developed an exact technique that prevented wine and beer from souring. Only later, his pasteurization technique was used for milk and other dairy products. He is also credited with the discovery of the principles of vaccination. He died on September 28, 1895, in Marnes-la-Coquette, France.