You are here: History Lists · Other · List of Pirate Ranks and Responsibilities

The ultimate authority on a pirate ship was the "pirate council," which included every man on the ship. But even pirate ships needed a Captain and officers. So unlike Royal Navy vessels, pirates limited the Captain's power who would have absolute authority in battle; otherwise, it was ruled by the majority pirate council, almost a sort of "democracy." The responsibilities may have varied from ship to ship, but common principles inspired this list of pirate ranks and are presented in the order of the shares they received. 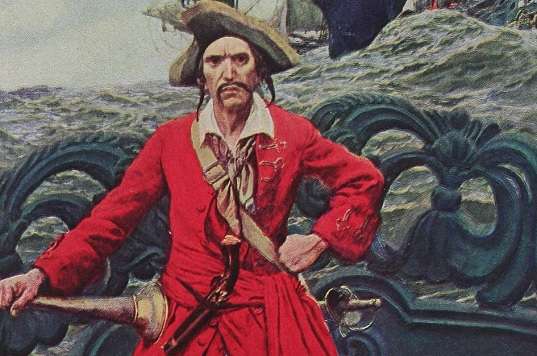 The Captain was the highest in command of a single ship and required the skills to be a good tactician and decision-maker. He gave the orders and was expected to make the most critical decisions, including how to engage a target, pursue prey, escape the authorities, and deal with an attack. But the role was subject to the wishes of the crew. Unlike traditional naval and merchant ships, pirates usually chose their Captain through a majority election and, in the same way, could be disposed of from his post through a new vote. 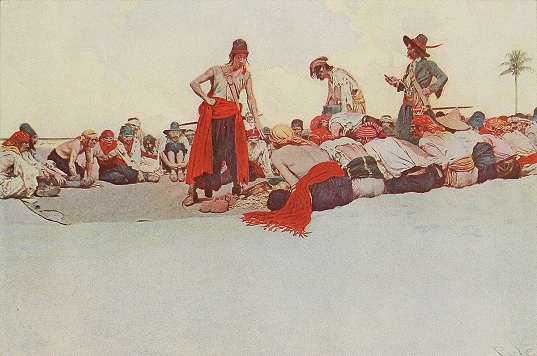 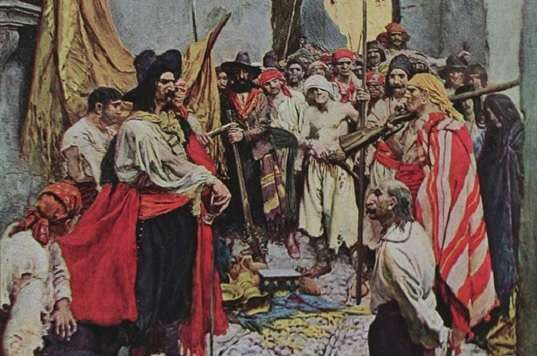 Together with the Quartermaster, the Master at Arms was the Captain's closest collaborator and most trusted man. He was the foremost expert in the art of combat and war strategy. He also took care of the crew's internal management, making sure that each of them performed their duties to the best of their abilities. Therefore, he was in charge of organizing the crew's plans and actions when attacking a merchant ship or fighting, if necessary, against another crew. 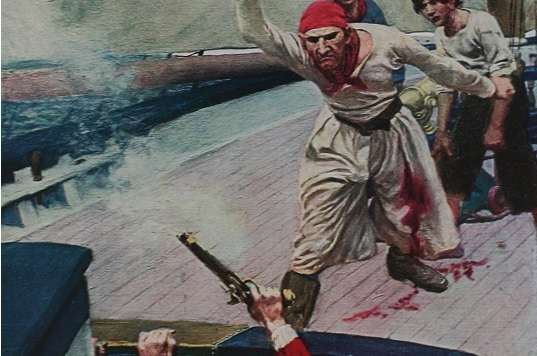 Usually, the Master Boatswain was the sailor with the most experience on board and reported directly to the Quartermaster and Captain. His primary responsibility was to ensure the ship was maintained, a task that required absolute expertise, and it was precisely the care, love, and attachment to one's ship that made the Boatswain one of the reliable elements of a crew. In addition to this, the Boatswain directed all deck activities, including handling the sails, weighting, rigging, lines, yards, and anchors. 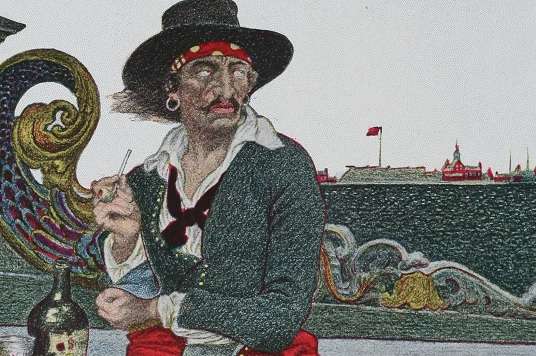 The Sailing Master was responsible for keeping the ship on the correct course and reaching its destination. During the golden age of piracy, navigation depended almost exclusively on conjecture. Even with the introduction of the nautical chronometer in the second half of the 18th century, it was impossible to determine and calculate longitude with precision. The Sailing Master knew very well to be aware of positions of main ocean currents and, above all, have excellent astronomical notions. By observing the stars, he could calculate the exact latitude and reach the predetermined destination. 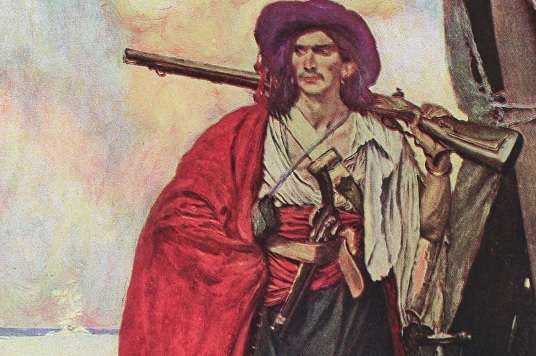 Master Gunner was in command of a gun crew. The gun crews consisted of first Gunner, second Gunner, loading gunner, wiper, deputy loading gunner, deputy wipers, and a powder monkey. Master Gunner was in charge of directing the gun crews at aiming at the same time and firing them at the right moment. It took years to learn this art. That precision with firearms as a skill was much sought after by all pirate Captains, especially because of the poor aim that characterized the very first firearms. Additionally, the upkeep of the cannons was the Master Gunner's responsibility. 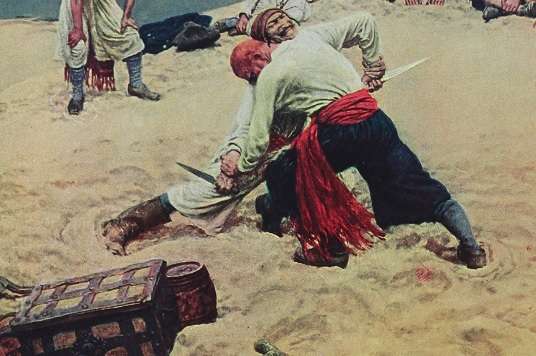 A Doctor was essential onboard a pirate ship, subject to countless battles during its life at sea. In addition to injuries sustained from cannon, sword, pistol, or any other weapons a pirate faced wasn't the only source of work for the doctor. A pirate ship could have been infested with rats, lice, and cockroaches, and the food was stored in absolutely unsanitary conditions were an inexhaustible disease source. But having a professional doctor in the crew was a luxury, and often the "doctor" on board was the cook or Carpenter; unfortunately, most of the time, these men knew little or nothing about medical science. 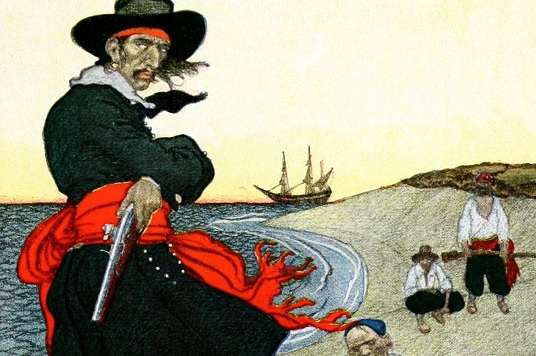 A mate is a second officer and apprentice to the senior officer ranks, such as the Sailing Master, Boatswain, Master Gunner, etc. These additional officers could have been chosen by the senior officer or elected by the pirate council. Often there could have been multiple mates, first mate, second mate, and so on. Unlike a Royal Navy ship of the time, where the Captain also has a mate on a pirate ship, that role tended to fall to the Quartermaster. 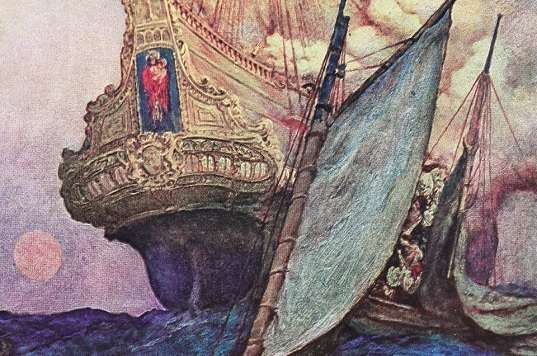 The Carpenter was responsible for the ship's maintenance and repair to keep it always afloat, "even during battle. As the damage control team leader, the Carpenter would rush to any boat area where a leak was opened. His task was to get the ship back on track and bring it ashore to be repaired in the best possible way and in the shortest possible time. In addition to that, it was the Carpenter's job to reconstruct entire sections of the hull. To do this, the damaged ship was usually capsized on a secluded beach. 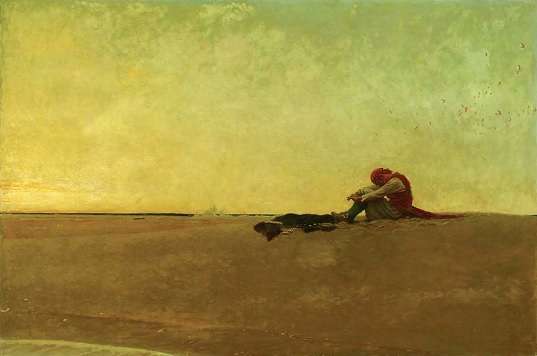 A fundamental role on a pirate ship was the Lookout. The Lookout was positioned at the top of the mainmast and had to be alert for enemies, ships, or land. Every ship also needs a Helmsmen - the actual sailors who steer the ship with information from the Sailing Master (navigator), and a Cook who took care of the provisions, cooked and served the meals. A Musician was also considered essential due to the enormous boredom that life on board caused. The rest of the crew consists of common sailors, and then among the lowest ranks were swabbies (unskilled members of the crew), and Cabin Boy, who carried out the humblest jobs.