You are here: History Lists · Other · List of 6 British Ships Sunk During the Falklands War

List of 6 British Ships Sunk During the Falklands War

Six British ships (and one LCU craft) were sunk during the Falklands War that was fought between the United Kingdom and Argentina over the Falklands Islands and South Georgia and South Sandwich Islands in 1982. That figure could have been higher but many Argentine bombs, after hitting their targets, didn't explode. Below is a list of the six British ships that went down in South Atlantic during the 10-week war. 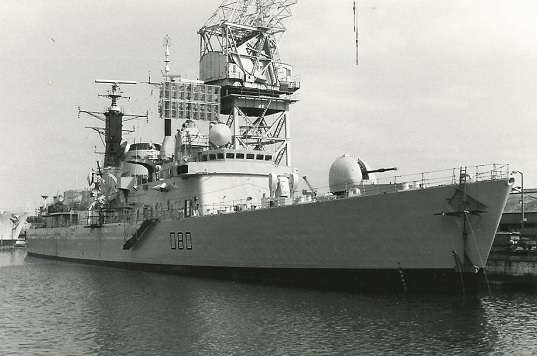 A Type 42 Guided Missile Destroyer became the first British ship to be sunk during the Falklands War. She was guarding the outer perimeter of the Task Force which made her vulnerable to attack. On May 4, Sheffield was detected by Argentine Super Etendard which launched its Exocet missile, hitting the ship above the waterline and causing a fierce fire that killed 20 crewmen. Others were evacuated, while the ship was then towed out to the sea and scuttled to become a war grave. In 1986, the site of her sinking was declared a protected place by the Military Remains Act. 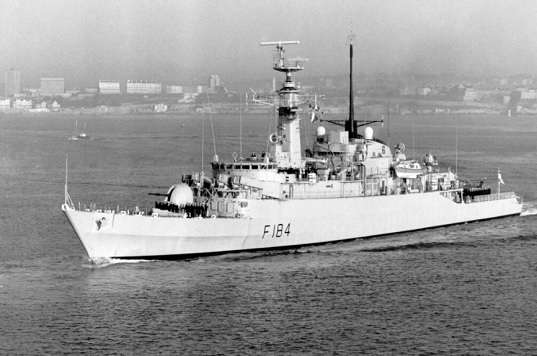 A Type 21 Frigate was tasked with protecting the ships deploying ground troops in the bay of San Carlos. On May 21, she was struck by nine bombs dropped by the Argentine Air Force. Three exploded and caused severe damage. Though the crew did their best to repair the damage, Ardent soon came under another aircraft attack. The ship managed to sail to shallow waters of Grantham Sound Bay where she sank the next day. 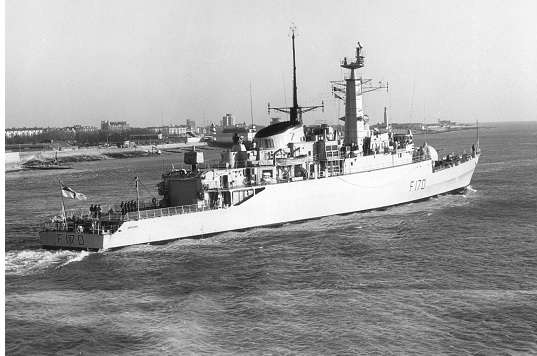 A Type 21 Frigate was protecting the entrance to San Carlos Bay when she was bombed by Argentine Skyhawks on May 23. A 1000 pound bomb crashed through Antelopes’ starboard side but didn’t explode. More Skyhawks attacked, another bomb penetrated the ship’s side, again, not exploding. Then one of the Skyhawks was hit by gunfire from Antelope and crashed into the ship’s mast. The ship then sailed to sheltered waters and while defusing the bombs, one of them exploded. The crew were ordered to abandon the ship and just minutes later, the missile magazines exploded. The next day the ship broke in two and sank. 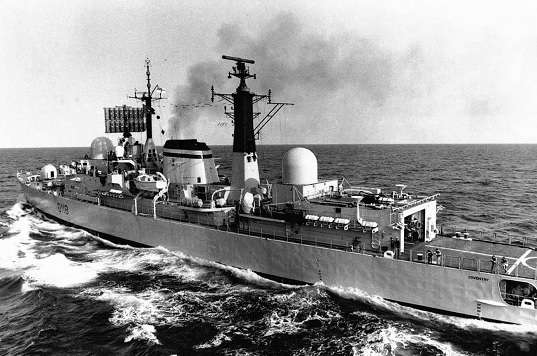 A Type 42 Destroyer was assigned an anti-aircraft role. On May 25, she and HMS Broadsword took position north west of Falkland Sound to divert the attention of the Argentine Air Force away from San Carlos. On the same day, the two ships came under attack by Skyhawks. Coventry was hit by three bombs of which two exploded on her port side. The ship immediately headed to the port but severe flooding forced the crew to abandon the ship. In less than half an hour, she turned over and sank north of the Pebble Island. 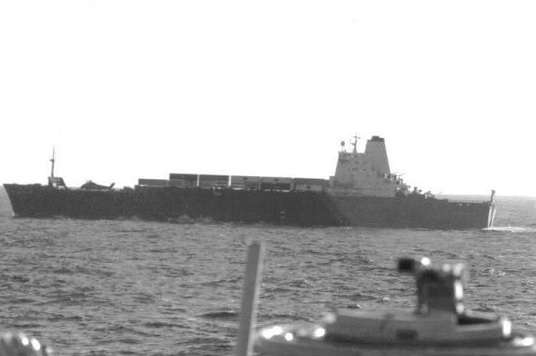 A roll-on/roll-off type container ship was tasked with carrying helicopters and other war supplies for the Task Force heading to the Falklands. On May 25, she was struck on her port quarter by two Exocet missiles launched by Super Etendard fighter. A major fire broke out, causing ammunition to explode and killing 12 crewmen. Of one Lynx, six Wessex and five Chinook helicopters on board, only one Chinook survived (it left the Conveyor a few days earlier). The ship sank on May 28 while being towed. The site of her sinking north of the Pebble Island has been protected by the Military Remains Act in 1986. 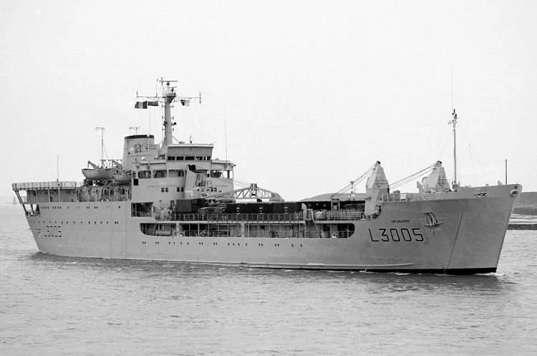 On June 8, the Round Table class LSL ship was waiting to deploy soldiers in Port Pleasant near Fitzroy when it was attacked by Argentine Skyhawks. She was hit by several bombs and caught on fire, killing 48 crewmen and soldiers. Others were evacuated with life rafts and helicopters. After the end of the war on June 21, she was towed out to open sea and sunk by the Royal Navy. Just like the site of the Atlantic Conveyor’s sinking, the site of Sir Galahad’s sinking is an official war grave, protected by the Military Remains Act.