You are here: History Lists · Other · List of 12 Early Flying Machines

Today we can fly in many ways using a wide variety of flying machines. In 1961, we managed to reach beyond the sky and venture into space, which was a feat that was far beyond what the men and women who dreamed of flying before that time could have imagined. Our journey towards the sky has been filled with machines like hot air balloons, airships, gliders, and airplanes that paved the way for their modern counterparts. Some were successful, and others were barely functional, but they still made significant contributions to the history of aviation. Below, we take a look at the top twelve early flying machines. 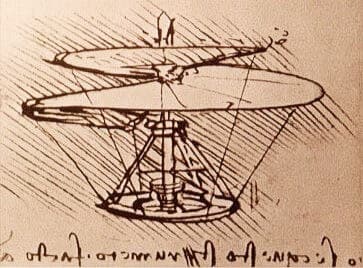 Towards the end of the fifteenth century, the great Italian Renaissance man, Leonard da Vinci, sketched what would become the modern helicopter. It was something he never tested himself, but his designs heavily influenced what came in fruition in the 1940s (helicopter), since his notes and drawings clearly illustrated how such a screw-like flying machine would function. Similar to modern-day helicopters, the airscrew would compress air to achieve flight. But due to the sheer weight of the construction, scientists now believe the machine, if constructed, would not have been able to fly. 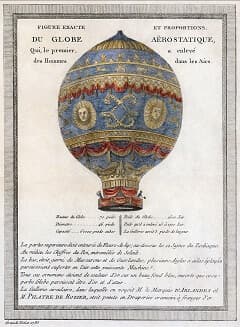 The Montgolfier brothers (Joseph and Jacques) started experimenting with balloons and parachutes in the mid-18th century in France. They filled silk balloons with hot air, which they called “electric smoke,” and attached them to a wicker basket. The hot air caused the balloons to become lighter than air and rise off the ground, achieving flight. On 4 June 1783, one of their balloons was able to carry a chicken, a duck and a sheep to a height of about 6,000 feet. Although this was an aviation first in France, the balloon was still unmanned, and the first manned hot air balloon took flight in the same year on 21 November in Paris, with Jean-François Pilâtre de Rozier and François Laurent d’Arlandes on board. 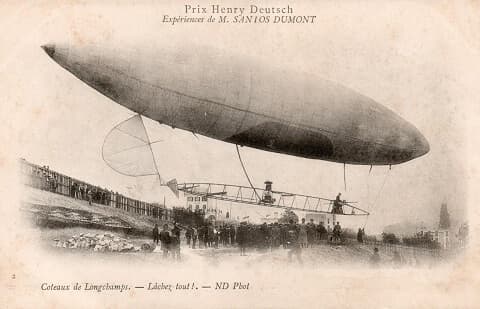 This airship has the historical significance of being among the aircraft that contributed to bridging the gap between lighter-than-air and heavier-than-air flying machines and is widely regarded as the first airship to truly succeed. It was built in 1901 by the Brazilian aviation pioneer Santos-Dumont and based on his designs. On 19 October 1901, he piloted it from Parc Saint Cloud and flew around the Eiffel tower and back. For this amazing feat, he was awarded the Deutsch de la Meurthe prize and 5,000 francs (half of which he donated to the poor people of Paris). 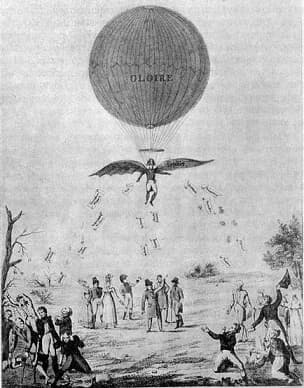 In 1807, a Swiss-Austrian aviation pioneer and inventor by the name of Jacob Degen built the ornithopter, which was a flying machine with wings attached to it. At this time, many were still fascinated by the way birds flew, and they tried to imitate their flying capabilities using machines and muscle movements (swinging and flapping) to achieve flight. Using the flying machine, Degen made the first successful free-float flight. In 1808, he attached a hot-air balloon to his flying machine, and this allowed him to perform free-float flights for hours, and he demonstrated this in November that same year. 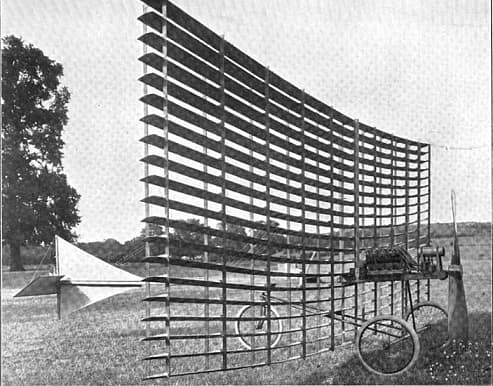 A series of multiplanes were designed and built by Horatio Phillips, who was a British inventor famous for the advancement of aerodynamics, using his aerofoil designs in the 1880s. In 1893, the first unmanned multiplane was built. It had 50 wing planes and a coal-fired engine but failed to take flight; it was only built to test lifting ability. In 1904, he made a second manned multiplane that had 20 wing planes and managed to reach a height of 50 feet. In 1907, he revisited his 1893 design and added in a petrol engine. This made the multiplane achieve a flight of 500 feet, which was a first in England. 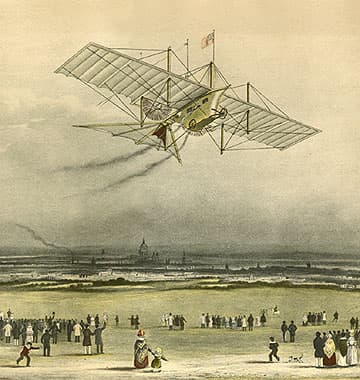 This flying machine was designed in 1842 by an aviation inventor and engineer named William Samuel Henson and was meant to carry passengers. It is notable for bridging the gap between a glider and powered flight experimentation. It had a monoplane design with 150 feet wings and was powered by a light steam engine that was custom-made for it. A model was built in 1843 but was unable to take flight due to the steam engine being too heavy and weighing it down, managing to make a single hop. A model that was able to travel for a short distance in a hangar was built in 1848, but by 1849, Henson had given up on the Aerial Steam Carriage. 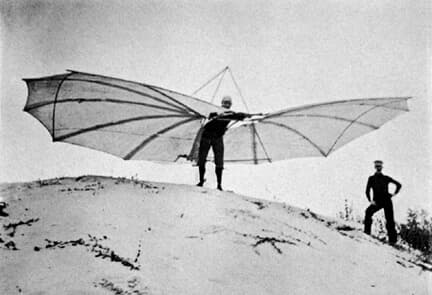 Otto Lilienthal, also known as the “Flying Man,” made a bunch of successful glides, mostly using hang gliders he designed himself in monoplane, biplane, and bat-wing forms. His first hang glider was the Derwitzer, which he designed in 1891 and used to perform untethered glides on a regular basis. He was also the first man whose picture was taken while actually flying a heavier-than-air flying machine, leading many people around the world to see the practicality behind flying machines. By the time he died (from a glider accident) in 1896, he had made over 2,000 successful glider flights, which added up to five hours of flight. 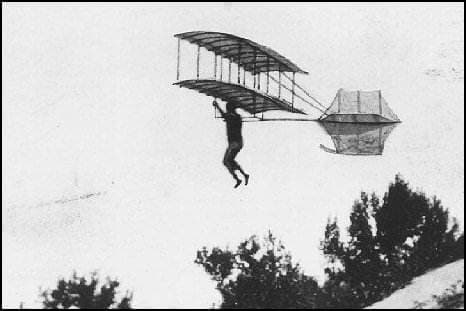 This flying machine was a hang glider with a biplane design that was built in 1896 by three American aviation pioneers: Octave Chanute, William Avery, and Augustus Herring. Its design was based on Otto Lilienthal’s prior work on hang gliders. In August and September of 1896, Chanute and Herring went to the Indiana Dunes to test the glider, and they performed hundreds of controlled flights that reached 350 feet and remained airborne for about 10 to 14 seconds. This meant that their hang glider was the most successful glider of that time. 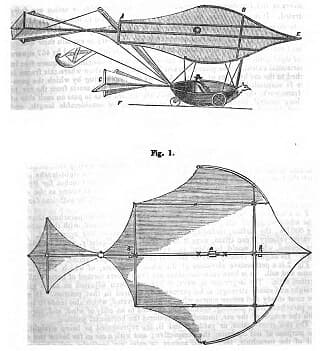 Sir George Cayley was a nineteenth-century British engineer who is widely regarded as “The Father of Aerodynamics.” Although he is responsible for conceptualizing the modern airplane in 1799, he is mostly known for experimenting with gliders that required the use of manpower, since no engine could fit or power his flying machines at that time. In 1804, he designed and built a monoplane glider that was made from bamboo. Since he was able to incorporate the principles of aerodynamics into the design, he was able to fly and control it. This made it the first flying machine to glide over long distances while being controlled, and it was able to sustain flight. 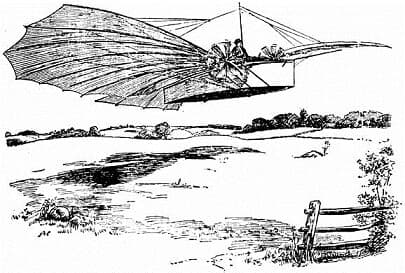 The Whitehead No. 21 (dubbed the “Condor”) was a monoplane aircraft that was designed and built in 1901 by Gustave Whitehead after he migrated to America from Germany. It was powered by two engines and looked bird-like, due to its bat-like wings, and had a tail that was triangular and horizontal. Before the Wright brothers’ flights with similar aircraft, Whitehead claimed he had already successfully flown his machine a few times between 1901 and 1902. These claims are contested since he never logged or documented his work, but he claimed to have reached a height of 200 meters and traveled half a mile in his aircraft. 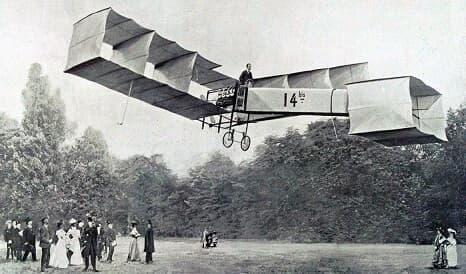 The 14-bis was a biplane aircraft that was also designed and built by Santos-Dumont in 1906 and is famous for making the first powered flight anywhere outside America. It had a box kite-like appearance with wings that consisted of three cells on both sides. The initial tests were supposed to be performed while it was hanging on the gas bags of his airship No. 14. Santos-Dumont made up to nine take-offs on the 14-bis, with the highest flight reaching 722 feet, which won him the Aero Club de France Prize and 1,500 francs, and the longest flight lasting 21 seconds. 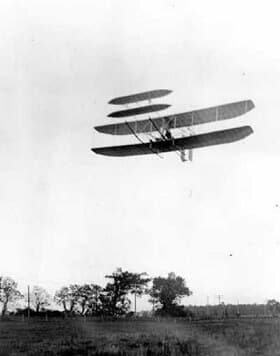 This flying machine, also known as the “1903 Flyer” or, simply, “Flyer,” was a biplane aircraft that was built and designed by the Wright brothers (Wilbur and Orville) in 1903. It is considered to be the first of its kind (heavier-than-air flying machine) to succeed and the aircraft that revolutionized the aviation industry. The design was based on the 1902 biplane glider they had been testing at Kitty Hawk. On December 17, 1903, at Kitty Hawk, the brothers tested their aircraft with Orville as the pilot. It managed to fly for 12 seconds and reached a height of 120 feet, but this was later beaten when the aircraft flew for 59 seconds and reached a height of 852 feet with Wilbur as the pilot.