You are here: History Lists · Other · List of 10 Most Impressive Tombs, Mausoleums and Burial Sites

List of 10 Most Impressive Tombs, Mausoleums and Burial Sites

Many tombs and burial sites are much more than just a resting place for the dead. They also stand as evidence of ancient architectural excellence, reflect their builders' beliefs and vision of the afterlife as well as the diversity of burial practices through time and space. Here is a list of ten most impressive tombs, mausoleums and burial sites which fascinate with their beauty or shock with their contents or disturbing concept.

Tomb of Agamemnon (Treasury of Atreus) 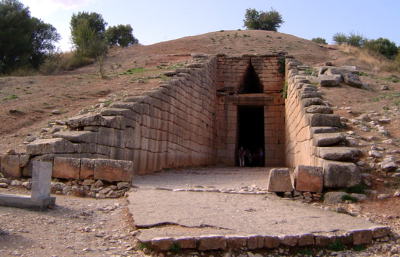 The Tomb of Agamemnon, also known as the Treasury of Atreus is one of the finest (surviving) examples of the so-called tholos or beehive tombs. It was built on a hill near Mycenae around 1250 BC but it is thought to have nothing to do with Agamemnon, the Mycenaean King who led the Greeks to the siege of Troy nor Atreus, the mythological father of the former. But regardless for whom it was built and whether or not it contained treasures as implied by the ancient Greek writings, the Tomb of Agamemnon is one of the most spectacular surviving monuments from the period of Mycenaean Greece (ca. 1600 BC – 1100 BC) and as mentioned earlier, of the tholos tombs which were also built by other ancient cultures in the Mediterranean and the Middle East.

Catacombs of Paris (Empire of the Dead) 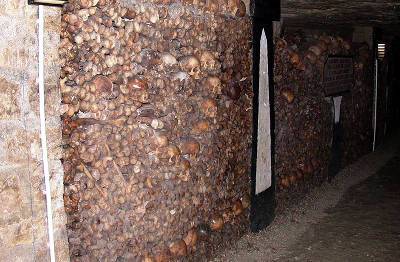 The Empire of the Dead, miles of underground catacombs beneath the streets of Paris hold skulls and bones of at least 6 million Parisians, stacked up one upon the other. Their remains were exhumed and transferred here from the city’s graveyards between the late 18th and mid-19th century for health reasons as the overcrowded cemeteries were a source of infection and disease. During the French Revolution, the deceased were buried directly in these underground tunnels beneath the very heart of the French capital. The last remains were “buried” in the catacombs in 1859. 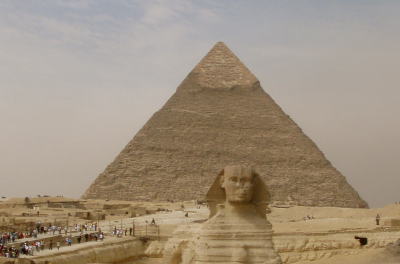 The most famous of all ancient Egyptian pyramids that stands 455 feet tall (originally, 480.6 feet but it got shorter due to erosion) was built as the final resting place of Pharaoh Khufu around 2560 BC. The pyramid was originally covered by polished white limestone which reflected sunlight and made it look even more spectacular. Egyptologists are still puzzled how the ancient Egyptians built the only surviving monument of the Seven Wonders of the Ancient World and which construction technique they used. But they agree that its construction required a massive labor force which, however, didn’t consist of slaves like formerly thought but rather of thousands of skilled workers who were paid for their work. 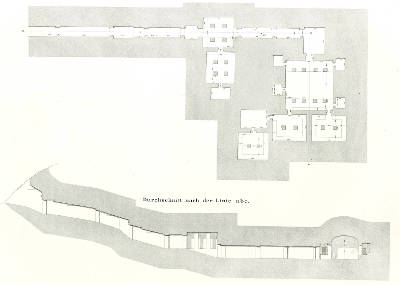 Tomb KV7 is the original burial site of Ramses II (also known as Ramses the Great), one of the greatest ancient Egyptian pharaohs who ruled from 1279 BC to 1213 BC. The tomb which covers 8,800 square feet was without a doubt filled with great treasures, much greater than those found in Tutankhamun’s tomb. But unfortunately, it was soon looted. In order to protect the Pharaoh’s mummy, ancient Egyptian priests transferred it to the Theban Necropolis. Ramses’ original burial site also suffered severe damage over the following millennia due to periodic floods in the area but the surviving wall paintings and decorations stand as evidence of the former grandeur of both the Pharaoh and his final resting place. 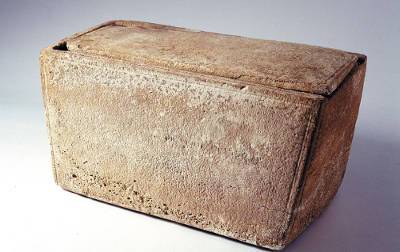 James Ossuary is a small, unimpressive chalk box that was used to hold the bones of its deceased owner. However, the Aramaic inscription on this 2000-year old ossuary which translates into “James, son of Joseph, brother of Jesus” made it one of the most famous and controversial ossuaries of its kind. If the inscription is proven authentic, it might become the first physical evidence of the existence of Jesus the Christ. The scholars, however, are divided about both the authenticity and significance of the inscription. The ossuary is currently held by the Israeli Antiquities Authority (IAA), while its owner was convicted of illegal trading with antiquities in 2012.

Mausoleum of the First Qin Emperor 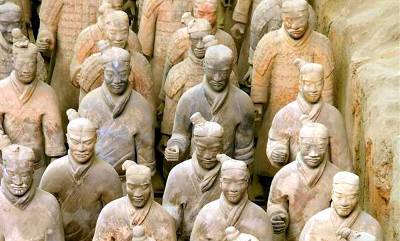 The final resting place of the first Emperor of China, Qin Shi Huang (259 BC – 210 BC) is one of the most fascinating archaeological finds in history. In nearly four decades as long as archaeologists have been excavating the Mausoleum of the First Qin Emperor near Xi’an, they uncovered thousands of life-size terracotta soldiers with horses, chariots and weapons. But the archaeologists believe that thousands are still awaiting to be excavated. Also awaiting to be uncovered is the first Emperor of China whose central tomb is according to the ancient writings encircled by rivers of mercury.

The Taj Mahal, the impressive white marble mausoleum in Agra, India, is universally viewed as the crown jewel of the Mughal architecture. But it is also viewed as a monument of eternal love of its builder, the Mughal Emperor Shah Jahan for his wife Mumtaz Mahal for whom he had it built after she died during childbirth in 1631. According to the tradition, he intended to build a black copy of the Taj Mahal across the River Yamuna and connect the two by a bridge. However, he was deposed by his son and held in house arrest for the rest of his life. After his death in 1666, he was buried next to his beloved wife in the Taj Mahal. 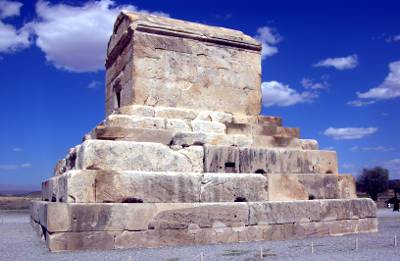 The Tomb of Cyrus, a six step white limestone mausoleum in the ancient Persian city of Pasargad is believed to be the final resting place of Cyrus the Great (r. 559 BC – 530 BC). It remains uncertain whether the Tomb of Cyrus really held the remains of the founder of the Achaemenid Empire but according to ancient Greek sources, Alexander the Great who visited the mausoleum during his conquest of Persia was convinced that he had found the final resting place of the Persian ruler. Inside, he among other allegedly also found a gold sarcophagus but the contents of the mausoleum is unfortunately long gone.

Church of the Holy Sepulcher 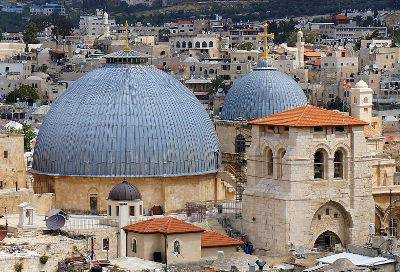 The Church of the Holy Sepulcher in Jerusalem is one of the holiest places in Christianity. According to the Christian tradition, it was built on the site of Golgotha or the Hill of Calvary, the place where Jesus was crucified and the site where he was buried thereafter. The first church on the site was built by Helena, mother of the Roman Emperor Constantine the Great in the 4th century. But today’s church mostly dates from the Middle Ages as the original church was destroyed during the Persian conquest of Jerusalem in the early 7th century.

Sedlec Ossuary (The Church of Bones) 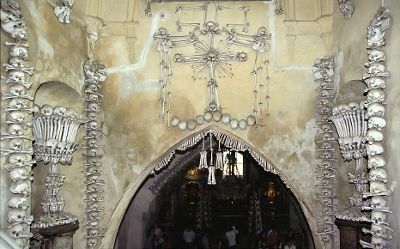 Sedlec Ossuary, a small chapel in Kutna Hora, the Czech Republic, is a very disturbing place. It holds skeletons of about 40,000 people which have been arranged to form chandeliers, chalices, sculptures and various decorations of the chapel. The site was used as an ossuary from the 15th century due to the lack of space at the nearby cemetery, while the shocking arrangement of the skeletons is the work of the 19th century Czech woodcarver František Rint who was hired to make “order” in the chapel.