You are here: History Lists · Other · List of 10 Most Iconic World War II Fighters

World War II was defined as much by aerial warfare as "The Great War" was defined by trench warfare. Aircraft played a central role in all the theaters and all major operations, not only in aerial but naval and land campaigns as well. Below is a list of 10 most iconic World War II fighters and their performance against enemy aircraft. 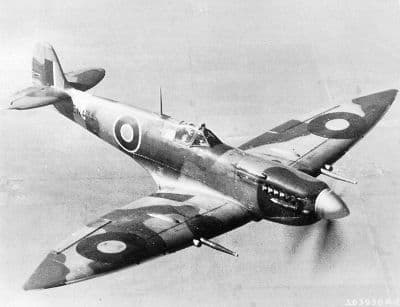 The British Supermarine Spitfire single-engine and single-seat fighter officially entered service with the Royal Air Force (RAF) in August 1938. It rose to prominence during the Battle of Britain in the summer of 1940, outshining the Hawker Hurricane which did most of the “job”. But its impressive victory-to-loss ratio made the Spitfire the favored fighter of both the RAF Fighter Command and the pilots. In addition to being used as interceptor, the Spitfire also served as reconnaissance aircraft and fighter-bomber in virtually all World War II theaters.

Entering service in 1937, the Messerschmitt Bf 109 was the face of the German Luftwaffe during the war. Also referred to as the Me 109 by the Allies, this fighter aircraft was designed to be fast and maneuverable interceptor but it was later configured to be used for other tasks as well including bomber escort, ground attack and reconnaissance. All Luftwaffe’s top aces flew the Bf 109, with the top three scoring over 900 kills. It’s impossible to determine the exact number of air-to-air victories of this World War II fighter but the total number is estimated to be somewhere between 14,000 and 20,000.

Together with the Messerschmitt Bf 109, the Focke-Wulf FW 190 formed the backbone of the German Jagdwaffe, the Luftwaffe’s Fighter Force. It was a single-engine, single-seat aircraft that was more than capable of fulfilling a wide variety of tasks but excelled the most at ground attacks. Its ability to operate effectively as interceptor was hindered by problems it experienced at altitudes above 20,000 feet. Despite that, most Luftwaffe pilots who flew both the Me 109 and the FW 190 considered the latter to be a superior aircraft for low and medium altitudes. 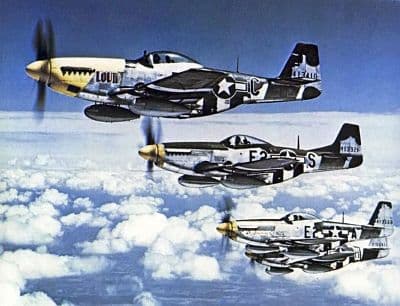 The P-51 Mustang was a single-engine, single-seat fighter that was built for the U.S. Army Air Force by the North American Aviation. Formally entering service in 1942, the Mustang was the dominant fighter of the U.S. Army Air Force during World War II but it was also the dominant fighter aircraft during the Korean War (1950-1953). One of the most beloved fighters which was also used as fighter-bomber played an important role in defeating the German Luftwaffe and outperformed both the Me 109 and Focke-Wulf FW 190, especially in air-to-air combats at high altitudes. 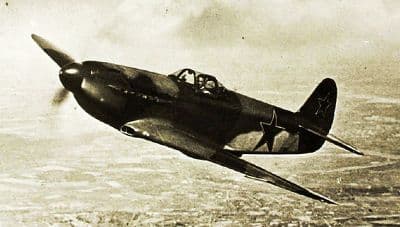 The Soviet World War II fighter Yakovlev Yak-3 was introduced relatively late but it immediately established itself as the dominant fighter aircraft in the Eastern Front. Entering service in mid-1944, the Yak-3 had an outstanding power-to-weight ratio which made it one of the fastest and most maneuverable fighters, while its robustness, ease of maintenance and ease of operation made it the favorite of both beginner pilots and experienced aces. Highly successful in dogfights against both the Me 109 and FW 190, the Yak-3 was predominantly used as a tactical fighter. 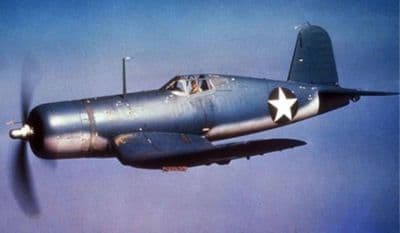 The Chance Vought F4U Corsair was a single-engine and single-seat American World War II fighter-bomber that entered service in December of 1942. It was conceived as a carrier-based aircraft, however, the pilots had serious difficulties landing the plane on aircraft carriers. As a result, it was mostly deployed from land. Despite that, it proved to be one of the most successful World War II fighters, having a kill ratio of 11:1. With a kill ratio that high, it’s no wonder that the Japanese pilots considered the Corsair as one of the most dangerous American fighters. 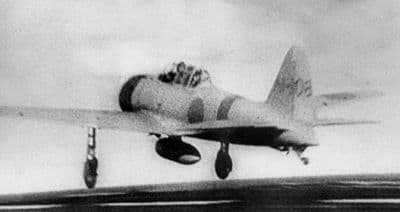 When introduced in mid-1940, the long-range carrier-based fighter dominated the skies in the Pacific theater. Remembered for its outstanding performance in dogfights in the early stages of the war (it had a kill ratio of 12:1), the Mitsubishi A6M Zero was also used as land-based fighter and in the last stages of the war for kamikaze missions. By 1943, the Zeke, as the Allies used to call it, was faced with newer and more capable fighters and its success rate began to decline. Nevertheless, the reputation it got during the early years of the war earned it a status of one of the most iconic World War II fighters.

Introduced to service in 1943, the Grumman F6F Hellcat quickly became the No.1 American carrier-based fighter. It wasn’t as fast as the above mentioned F4U Corsair but it was very easy to land on a carrier. The main task of the F6F was to neutralize its Japanese counterpart - Mitsubishi A6M Zero. And it was a complete success. Its kill ratio against enemy aircraft was 13:1. By the end of the war, pilots flying this carrier-based fighter scored over 5,000 kills, more than any other Allied naval fighter aircraft. 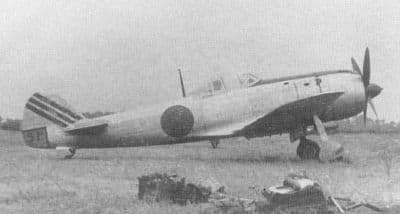 First entering service in March 1944, the Nakajima Ki-84 Hayate was one of the best fighters in both air-to-air combat and interception operations. And despite the fact that it was usually outnumbered by enemy aircraft, it had an exceptional success rate in many of the key battles fought in the Pacific theater in the final years of the war. But due to lack of resources resulting in poor quality construction and shortage of fuel, and the ever shrinking corps of qualified pilots, the Nakajima Ki-84 never reached its full potential. 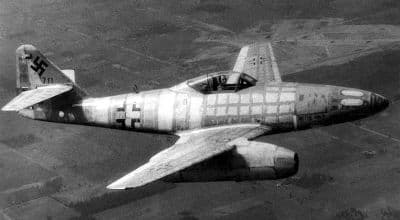 The Messerschmitt Me 262, the first operational jet fighter ever to see combat, entered service for the German Luftwaffe in April 1944. With a top speed of over 530 mph, it was incomparably faster than both the American Mustang and the British Spitfire. The Allied fighters were no match for the fast and well-armed jet fighter but they soon discovered its weakness and fought against it where it was vulnerable the most - on the ground. Also, the Me 262 became operational too late to have any real impact on the course or outcome of the war.