Leonardo da Vinci (1452-1519) is famous for creating some of the greatest works of art. Of all time! But besides being a brilliant artist, da Vinci was also a scientist, engineer and inventor. And a hell of a good one which his incredible inventions clearly indicate. His most fascinating inventions are listed below. 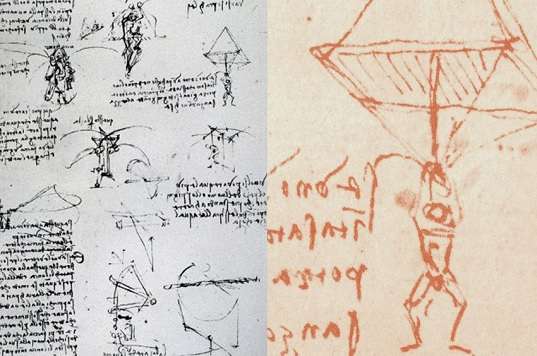 The invention of the parachute is traditionally credited to Leonardo da Vinci although he wasn’t the first to come up with the concept. A sketch of a device very similar to da Vinci’s appears in a manuscript by an unknown author which predates the pyramid-shaped parachute with a wooden frame that was drawn by Leonardo in the famous Codex Atlanticus. What is more, there is evidence of parachute-like devices being used in China as early as the 11th century. However, Leonardo’s parachute was way more sophisticated and in 2000, the British skydiver Adrian Nicholas proved that it works by jumping with a parachute built according to da Vinci’s sketches. 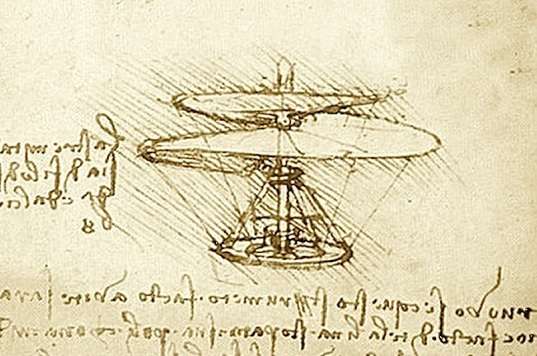 This is another da Vinci’s invention that resembles more to the technology of the 20th and 21st centuries rather than that used during the Renaissance. Indeed, his aerial screw looks strikingly similar to the modern helicopters. And according to Leonardo, it could fly. But according to most experts, it would be impossible to operate it effectively because the muscle power alone is insufficient to keep the machine airborne. Despite that, Leonardo is often credited with inventing the concept of a helicopter or at least the concept of vertical flight. 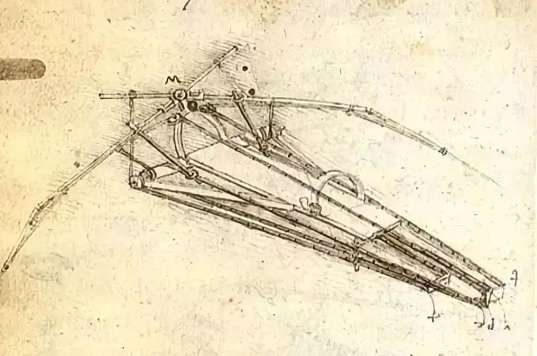 Da Vinci came up with plans for a number of flying machines including ornithopters. Inspired by birds and bird flight, Leonardo’s ornithopter was to be lifted and operated by flapping wings which in turn would be “powered” by the muscle energy. Man-powered ornithopters are capable of flying but only for a brief period of time and to short distances (a few hundred yards) due to the limitations of human physiology. Leonardo’s flying machine - if it could fly - wouldn’t perform any better. Nevertheless, his notes and sketches demonstrate a profound understanding of aerodynamics and concepts of flying, many of which turned out to be fundamental for the development of modern aviation. 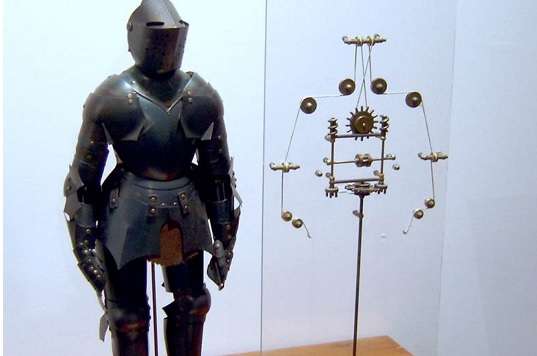 What da Vinci built were not robots in the modern sense. He built a self-operating machine called automaton which, however, was capable of moving without human aid/intervention. In the mid-1490s, the renowned scientist designed the so-called Leonardo’s robot or mechanical knight, a humanoid automaton which could sit, stand and move its arms - independently. A few years later, he also built a mechanical lion that was able to move independently as well. 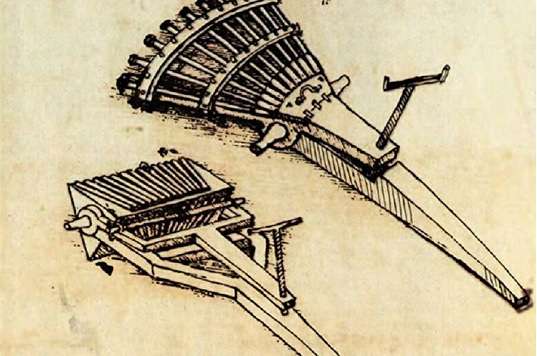 Leonardo’s machine gun - a 33-barrelled organ - was nothing like the modern machine guns. Rather than firing bullets rapidly from the belt, it was meant to fire bullets from individual guns that were connected in three rows, with each containing 11 guns. Leonardo’s 33-barrelled organ was never built or used in warfare but it is notable for introducing the concept of a modern machine gun. The latter found its way to the battlefield only in the 19th century, initially in the form of rapid-fire weapons. 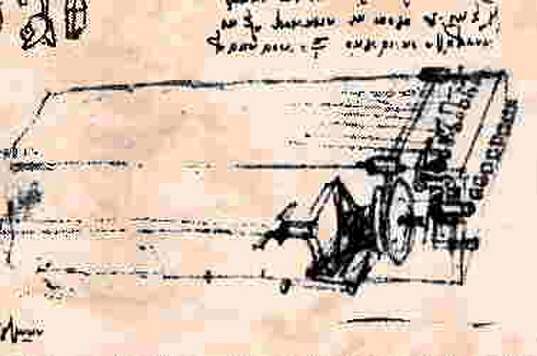 Among the many Leonardo’s sketches and drawings is also the so-called viola organista which testifies about the many interests and talents of the famous Renaissance polymath. However, it seems that he never built his innovative musical instrument which is a type of harpsichord that is played on a keyboard. Similar instruments have been built later but it is not clear whether they have been inspired by da Vinci’s viola organista or were they developed independently. 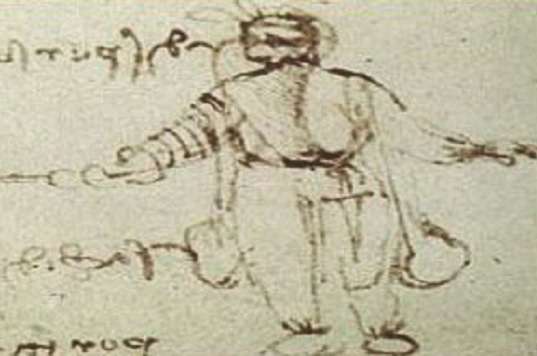 Just like in the case of the parachute, da Vinci wasn’t the first to come up with the idea of a suit that allows its wearer to breathe underwater. But again, his design is strikingly similar to the early prototypes of the modern diving suit: it consisted of a (leather) jacket, pants and helmet with inbuilt glass goggles, and a breathing tube that supplied the air from the surface. And most importantly, it predates the early modern diving suits for hundreds of years. 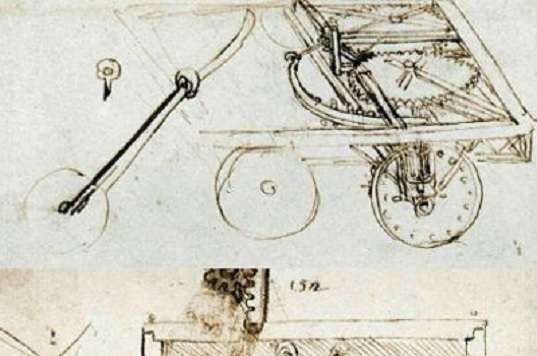 Like many other Leonardo’s inventions, this one was well ahead of his time. This probably also explains why the incredible machine was “discovered” in his drawings only in the early 20th century. But no one could figure out how it was supposed to work until the late 1990s when Professor Carlo Pedretti realized that it isn’t directly driven by the springs but by another mechanism that was controlled by the springs. In addition to being able to move independently, Leonardo’s self-propelled cart was also shown to be programmable to turn - albeit only to the right side. 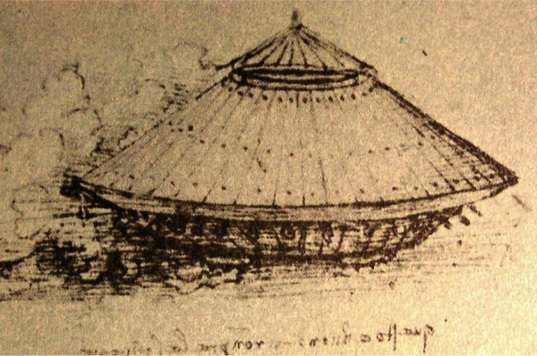 Tank was first used only during World War I (1914-18) but the concept or according to some, the first prototype was developed by Leonardo da Vinci more than 500 years earlier. Leonardo’s tank/armored vehicle was designed to be equipped by a series of guns/cannons and “driven” by the men inside. However, the design contained a major flaw which made the armored vehicle impossible to move. Most historians believe that da Vinci intentionally made his “tank” nonoperational. Some believe that he didn’t really want the war machine to be built, while others think that he perhaps wanted to prevent the design from falling into the wrong hands.