You are here: History Lists · Other · 7 Popular Books about the History of Pirates

7 Popular Books about the History of Pirates

There are hundreds of popular pirate books published, but very few are irreplaceable. This list includes serious case studies on the history of piracy and biographies of famous historical pirates. One on the books from the list was published in the 17th century (The Buccaneers of America), and there are some freshly published and intriguing non-fiction.

Pirate Hunters: Treasure, Obsession, and the Search for a Legendary Pirate Ship by Robert Kurson (2015) 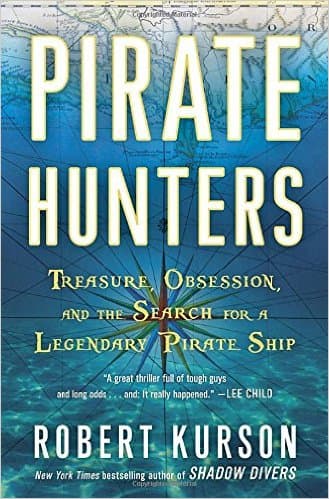 In this book, pirates are not the protagonists, they are an obsession. Pirate Hunters: Treasure, Obsession, and the Search for a Legendary Pirate Ship is a true story about treasure hunters, famous scuba divers, and it is just as exciting (if not more) as any pirate tale. This is a real-life Treasure Island: It tells the story of the quest for the rare shell of a pirate ship, which had been commanded by one of the most significant pirates in history. John Chatterton and John Mattera are willing to risk everything to find the Golden Fleece, the ship of the infamous pirate Joseph Bannister. But it’s only when they learn to think and act like pirates like Bannister that they become able to go where no pirate hunters have gone before.

The History of Pirates by Angus Konstam (2002) 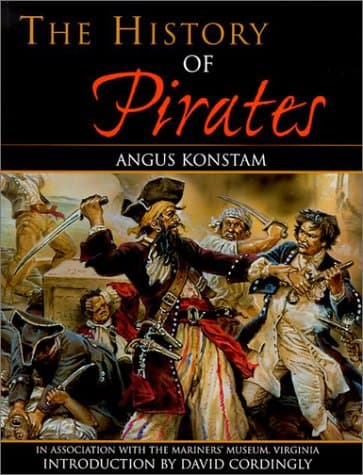 Angus Konstam takes us through a general history of piracy on the seas, from the ancient raiders of Babylonia and Greece to the modern-day guerillas in speedboats armed with AK-47 assault rifles in the south China Sea. While particularly focused to the Golden Age, he reminds us that piracy on the high seas existed long before names like Blackbeard, Captain Kidd, and Bartholomew Roberts struck terror into the hearts of sailors and merchants - Julius Caesar was captured by pirates - and it remains a major problem in the modern world. Each chapter is well illustrated with period paintings and photographs. 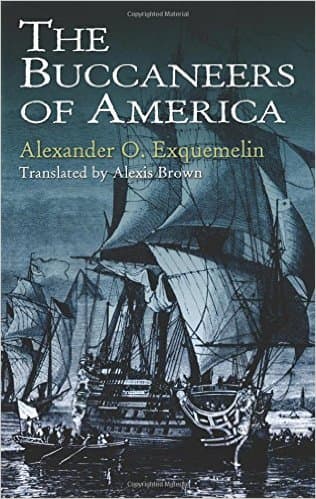 “History of the Buccaneers of America” is one of the most important sourcebooks of 17th-century piracy, first published in Dutch as De Americaensche Zee-Roovers in 1678. Exquemelin was himself a buccaneer and claimed to have collected these tales of piracy on the high seas as an eyewitness. Here collected for the first time were the tales of such famous (and infamous) buccanneers like Pierre LeGrand, Francis L’Ollonais, and Henry Morgan. It has been said that perhaps no book of the 17th century in any language was ever the parent of so many imitations and the source of so much fiction.

The Invisible Hook: The Hidden Economics of Pirates by Peter T. Leeson (2011) 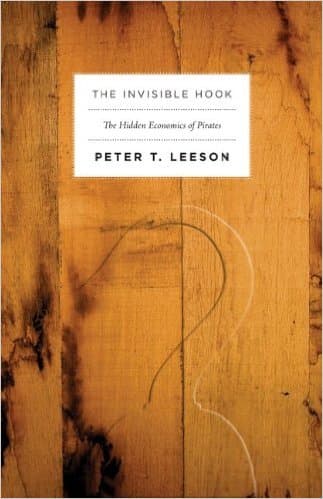 Peter Leeson uncovers the hidden economics behind pirates’ notorious, entertaining, and sometimes downright shocking behavior. This book shows how the modern economic concept of mutual self-interest motivated pirates to form cooperative and democratic societies that preceded the origins of modern-day democracy. Pirates understood the advantages of constitutional democracy–a model they adopted more than fifty years before the United States did so. Pirates also initiated an early system of workers’ compensation, regulated drinking and smoking, and in some cases practiced racial tolerance and equality. While maintaining a conversational, often amusing tone, Leeson does a fabulous job of blending the (potentially dry) foundations of economics with the fascinating life and customs of pirates.

A General History of the Pyrates by Daniel Defoe (1999) 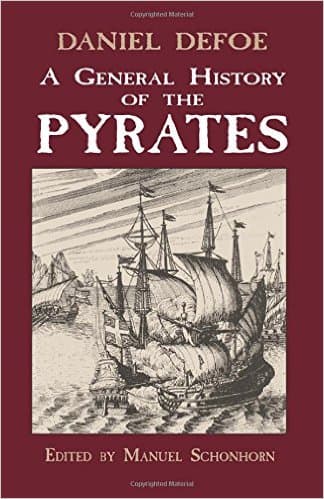 A General History of the Robberies and Murders of the most notorious Pyrates by Captain Charles Johnson (Daniel Defoe’s pseudonym) was influential in shaping popular conceptions of pirates. It is the prime source for the biographies of many well-known pirates. A General History introduced many features which later became common in pirate literature, such as pirates with missing legs or eyes, the notion of pirates burying treasure, and the name of the pirate flag the Jolly Roger. The book gives an almost mythical status to the more colorful characters, such as the infamous English pirates Blackbeard and Calico Jack. It provides the standard account of the lives of many people still famous in the 21st century, and has influenced pirate literature of Robert Louis Stevenson and J.M.Barrie.

Under the Black Flag: The Romance and the Reality of Life Among the Pirates by David Cordingly (2006) 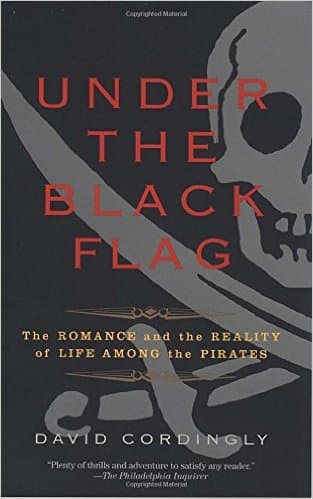 A well-researched narrative about piracy and its impact on popular culture - this book reveals the facts behind the legends of such outlaws as Captain Kidd, Blackbeard, and Calico Jack. Cordingly separates the myths from the real individuals behind them. The truth behind many accepted myths is more complex and often bloodier. Many of the buccaneers of the Caribbean were poor laborers or out-of-work sailors from European navies; most got their start on merchant vessels. This book offers surprising facts and historical details, including amazing pictures and maps.

The Republic of Pirates: Being the True and Surprising Story of the Caribbean Pirates and the Man Who Brought Them Down by Colin Woodard (2007) 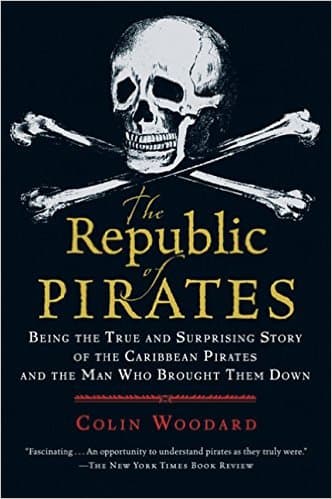 There was a time when a number of the great pirate captains, including Edward “Blackbeard” Teach and “Black Sam” Bellamy, joined forces to became the infamous “Flying Gang”. They established a crude but distinctive form of democracy in the Bahamas, carving out their own zone of freedom in which servants were free, everyone could be equal citizens, and leaders were chosen or deposed by a vote. They were ultimately overcome by their archenemy, Captain Woodes Rogers, a merchant fleet owner and former privateer. In this absorbing book, Colin Woodard explores a less-known chapter in the Golden Age of Piracy. The Republic of Pirates is an unbelievable story about Caribbean pirates of the “Golden Age,” seen not as criminals but as social revolutionaries. An unusual group of pirates, led by Edward “Blackbeard” Teach and Sam Bellamy, actually set up a functioning government in the Bahamas with pretensions to establishing a form of social justice. But, according to Woodard, the British government saw the existence of this independent entity as an intolerable threat, so it couldn’t last long.