You are here: History Lists · Other · 5 Weapons that were First Used During World War I

5 Weapons that were First Used During World War I

World War I was dominated by trench warfare which made any significant advancements virtually impossible. Even with hundreds and sometimes thousands of casualties, the armies typically advanced only for a few yards. To overcome the challenges of trench warfare and gain an advantage over the enemy, new and deadlier weapons were introduced although their efficiency was often far from that desired. Listed below are 5 weapons that were first used during World War I. 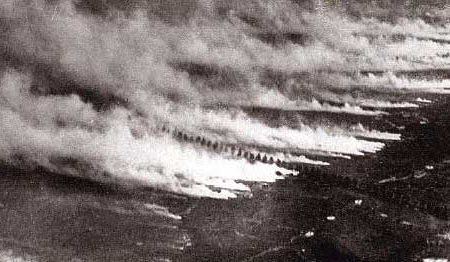 Even though poison and poisoned weapons were banned by the Hague Declaration of 1899 and the Hague Convention of 1907, poison gas was used by all belligerents of World War I. While poison gas was first used by the Germans against the French in October 1914, it was first deployed on a mass scale during the Second Battle of Ypres in spring of 1915. Despite its devastating effects, however, it had little impact on the outcome of major battles of World War I. The exception is the Battle of Caporetto (October 24 – November 19, 1917) on the Austro-Italian Front which ended with the collapse of the Italian Second Army, mainly due to the use of poison gas. 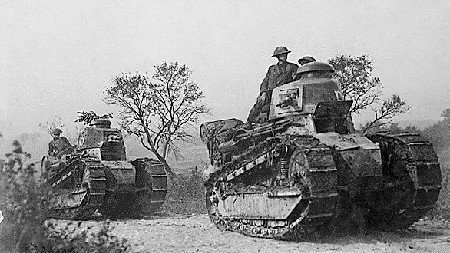 Tank is another weapon that was first used during World War I. The first prototype was built by William Foster & Co. in Britain in 1915 and introduced in the battlefield during the Battle of the Somme (July 1 – November 18, 1916). However, the first tanks were extremely slow and mechanically unreliable, and played virtually no role in the battle. Tanks were first successfully deployed in the Battle of Cambrai (November 20 – December 7, 1917) and helped the British achieve a major breakthrough in the first day of the offensive. But that was about all. Both the British and French continued to improve their tanks but so did the Germans their anti-tank weapons. Of over 500 tanks used in the Battle of Amiens (August 8 – 12, 1918), less than 10 “survived” by the fourth day of the battle. 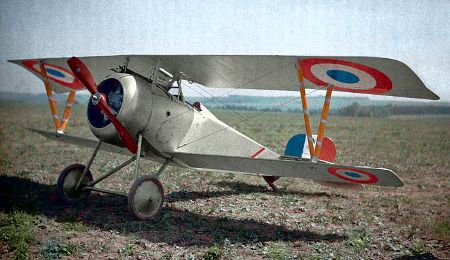 Like other aircraft (observation balloons and Zeppelins) deployed during World War I, airplanes were initially used for reconnaissance. But as the war progressed, the “new weapon” also came to be used for strategic bombing (bombs were first thrown from the airplanes by hand) and air combat which was initially limited to throwing grenades and other objects at the enemy airplane. World War I also saw the introduction of the first purpose-built fighter aircraft – the British Vickers F.B.5, the French Morane-Saulnier L and the German Fokker E.I. All continued to be improved throughout the war not only to increase their efficiency in dogfights but also to improve pilot safety because the introduction of aircraft as a weapon was followed by the development of anti-aircraft weaponry. 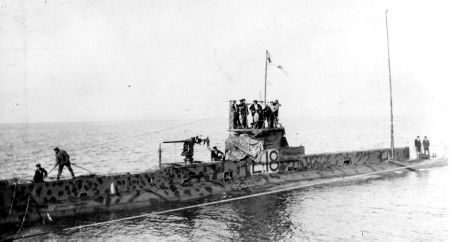 Although submarine was first deployed as a weapon during the American War of Independence more than a century before World War I, it was first widely used only during World War I - mainly to disrupt enemy supply lines. All belligerents had submarines at the outbreak of the war (the British had over 70) but the German U-boats were by far the most successful. By the end of the war, they destroyed approximately one half of the British merchant fleet. But they weren’t able to effectively cut Britain from its supply lines. Also, German unrestricted submarine warfare was one of the main reasons for the US entry into the war which in turn played the key role in the defeat of the Central Powers. 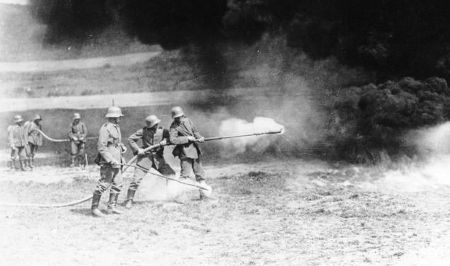 The first modern portable flamethrower, the invention of which is traditionally attributed to the German inventor Richard Fiedler, debuted during World War I as well. It was first used by the Germans against the French on the Western Front in late 1914 but it became more widely used only after the Battle of Hooge (July 30, 1915) which was fought between the Germans and British at the Belgian village of Hooge near Ypres. Flamethrower turned out to be a very powerful weapon but it had a limited range and was difficult to operate. Nevertheless, the Germans continued to use it until the end of the war. The French and British later developed flamethrowers as well but never used the weapon on the same scale as their opponents.