You are here: History Lists · Events · 10 Events that Led to the End of World War I

10 Events that Led to the End of World War I

Officially World War I ended with the Armistice of November 11, 1918. However, there were numerous events, some of which even took place in the previous year, that resulted in its ending, even though their consequences were not completely perceived until 1918. This is the list of events of 1917 and 1918 that changed the course of World War I and, the course of history. 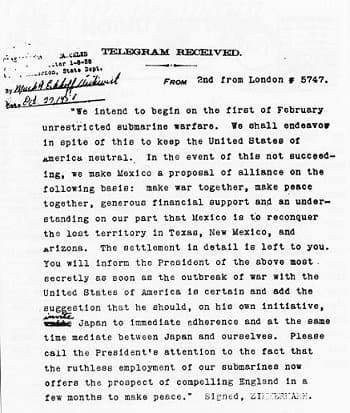 In January 1917 the British intercepted a message in which German foreign secretary Arthur Zimmermann asked Mexico to enter the war as Germanies ally, promising that Germany would help regain the “lost provinces” of Texas, New Mexico, and Arizona. This, as well as the sinking of U.S. merchant ships during unrestricted submarine warfare, prompted US Congress to decide to enter the war against Germany. 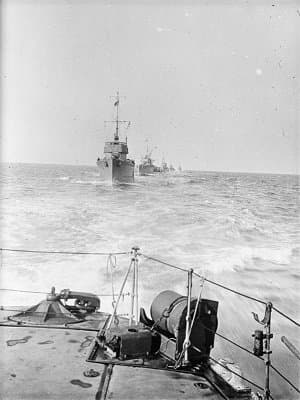 Unrestricted submarine warfare was first initiated in 1915 when Germany proclaimed the waters around the British Isles a war zone. The goal was to force Britan out of the war through starvation as they were heavily dependent on supplies. After the first few attacks on merchant ships, these activities were suspended in response to warnings from the United States. However, in February 1917, the German General Staff persuaded Chancellor Theobald von Bethmann-Hollweg to resume unrestricted submarine warfare. Everything went according to plan until July, when a new convoy system started to diminish the threat of German U-boats. 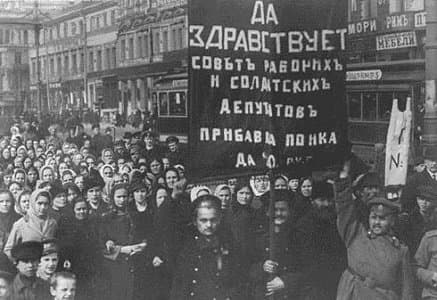 The Russian revolution of that year gave rise to the Bolsheviks party, and almost immediately the new government published its peace proposals. Following the signing of the Armistice, Ukraine proclaimed an independent state fell under German military occupation. It was a short-term victory for Germany as they needed too many soldiers and resources to occupy the former Russian territory. 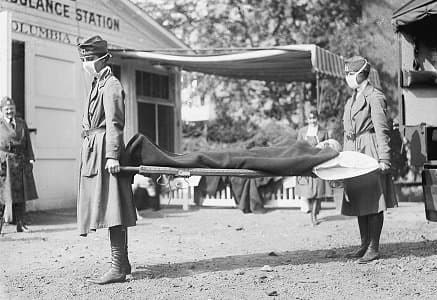 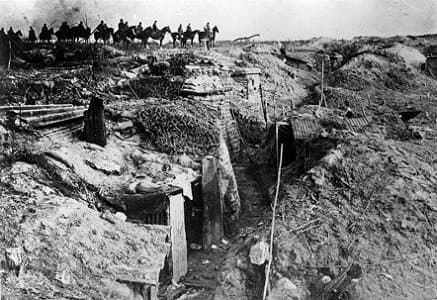 On March 1918 began the Spring Offensive it included numerous German attacks in the vast area of the Western Front. The Germans tried to defeat the Allies before the resources of the United States could be fully utilized. There was no clear objective determined before the beginning; the targets of the attacks were frequently changed, depending on the battlefield situation. The Germans made huge progress in the first stages of the offensive but were unable to transfer supplies and reinforcements fast enough to uphold their advance.

Rebellions in the Austria-Hungary Military (May 1918) 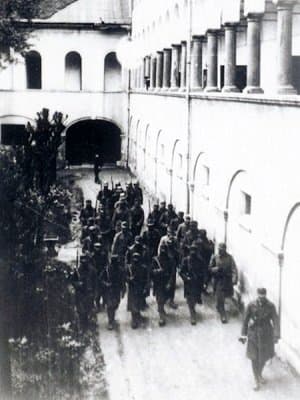 As a result of social unrest in Austria-Hungary, their military was shaken by several violent uprisings. The first rebellion involved a group of Slovenes; almost as soon as it was suppressed, other rebellions broke out, led in turn by Serbs, Rusyns (Ruthenians), and Czechs. The reasons that led to uprisings were complex. The rebels were executed but the army had never managed to re-establish as a military force. 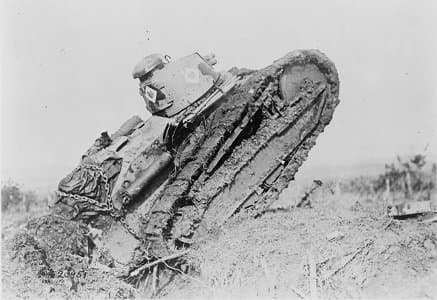 The Hundred Days Offensive was a series of sustained attacks that represented the Allies response to the German Spring Offensive. In August 1918, the Allies with the support of U.S. troops began a counter-offensive, during which all the ground gained by the German military was taken back. Furthermore, it caused the collapse of the Hindenburg Line. 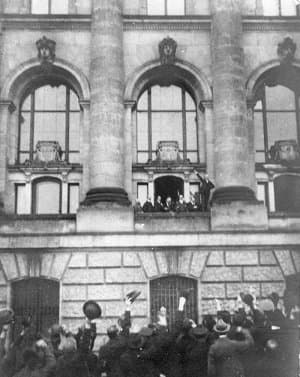 The German Revolution was a civil conflict in the German Empire that resulted in the replacement of an imperial government with a republic. Germanies top generals forced Kaiser Wilhelm II into establishing a constitutional monarchy, because the Allied forces wanted to discuss with the representatives of German people and not with the Kaiser. Kaiser Wilhelm was forced to abdicate and went into exile in the Netherlands. 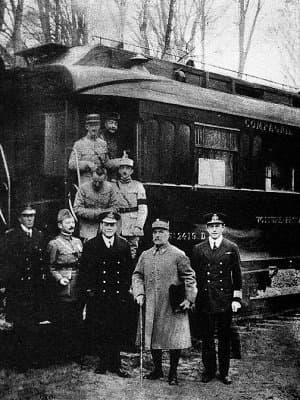 Bulgaria was the first among the Central Powers to sign an armistice, on September 29, 1918, at Saloniki. The Ottoman Empire capitulated signed the Armistice of Mudros on October, 30. By the end of October, declarations of independence were made in Budapest, Prague, and Zagreb. In November, Austria, and Hungary, as two separate states, signed armistices separately. Finally, on November 11, the armistice with Germany was signed. Fighting officially ended at 11:00 a.m. “on the eleventh hour of the eleventh day of the eleventh month” of 1918. 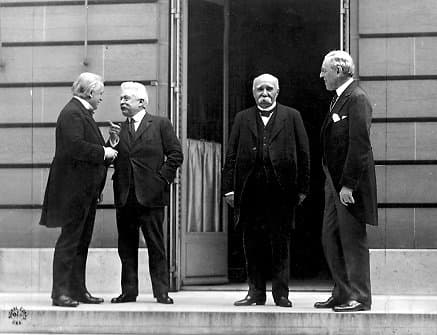 World War I ended with complex diplomatic dialogs. Finally, the treaty that defined Germanies present and future existence were signed on June 28, 1919, at Versailles. Germany was forced to accept losses of territory and to agree to pay considerable war reparations. Finally, Germany was obliged to accept full responsibility for the entire war. The Central Powers had to admit responsibility for “all the loss and damage to which the Allied and Associated Governments and their nationals have been subjected as a consequence of the war imposed upon them by” their aggression.