You are here: History Lists · Art · List of 7 Masterpieces of Modern Art

Modern art encompasses artworks created from the late 19th century to the 1970s which are characterized by the rejection of the traditional art concepts and techniques. This rejection of the past traditions gave rise to a variety of art movements such as Expressionism, Abstract art, Cubism, Futurism, Dada, Surrealism and Conceptual art, to mention only a few. Many were of short duration but had a lasting influence on the later developments including contemporary art.

The Scream by Edvard Munch 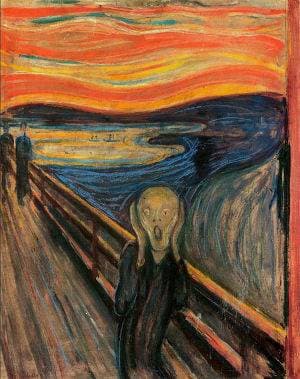 There are actually four versions of a figure with an agonizing facial expression created by Edward Munch between 1893 and 1910. Two are on display at the National Gallery in Oslo, the third is owned by the Munch Museum which is also located in the Norwegian capital, while the fourth is in a private collection. It was sold in 2012 for nearly $120 million at an action at Sotheby’s. 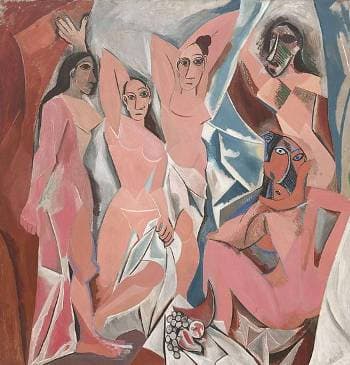 The oil painting that was created by the renowned Spanish artist Pablo Picasso in 1907 was a revolutionary departure from the traditional painting and one of the pioneering works of both the Cubist movement and modern art. However, one of Picasso’s greatest masterpieces which depicts five nude prostitutes was initially showen by the artist only to his closest friends, artists and art dealers. Les Demoiselles were first exhibited only in 1916. In the late 1930, the painting was acquired by the Museum of Modern Art (MoMA), New York City.

The Dance by Henri Matisse 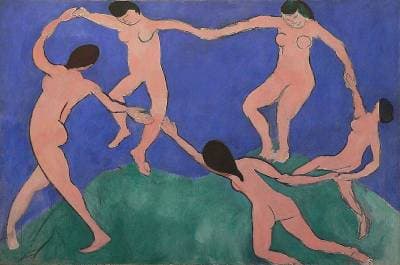 There are actually two paintings by Henri Matisse that have been titled The Dance. Both versions are portraying five dancing nudes but the first, which is a preliminary study for the second, has less detail and less intense colors. The first version which was painted in 1909 is on display at the MoMA, while the second version that was created one year later is owned by The Hermitage Museum, St. Petersburg. 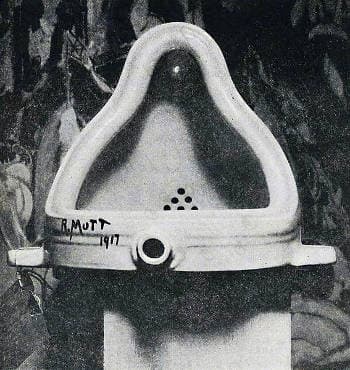 The porcelain urinal signed as “R. Mutt” is widely considered as an early example of Conceptual art but it took nearly five decades for it to be recognized both as an artwork and one of the pioneering works of Conceptual art. It was created in 1917 for an exhibition of the Society of Independent Artists in New York but it was rejected. The original was lost but Duchamp created several replicas in the 1960s which are today on display worldwide.

On White II by Wassily Kandinsky 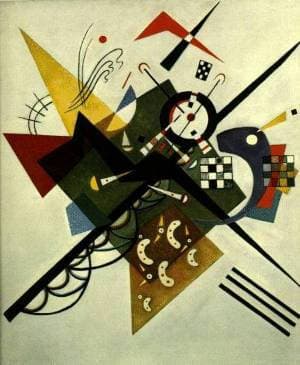 On White II is widely considered as one of the greatest masterpieces by the Russian abstract painter Wassily Kandinsky who is credited with the first fully abstract painting. Although the artist used multiple colors, the painting is a brilliant combination of just two – black and white. Black represents death, while the many dimensions of white represent the many opportunities in life. Kandinsky’s masterpiece is owned by the Musee National d’Art Moderne, Paris.

The Persistence of Memory by Salvador Dali 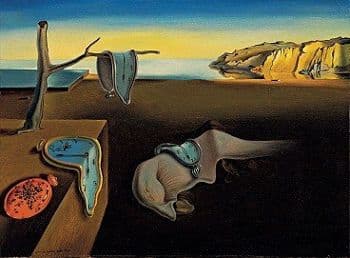 Created in 1931, The Persistence of Memory is probably the most famous painting by the celebrated Spanish artist Salvador Dali but it is also widely considered as one of the most distinguished Surrealist artworks. Since 1934, the painting is in possession of the MoMA and is a part of its permanent exhibition although it is occasionally loaned to other art museums both in the United States and abroad.

The Marilyn Diptych by Andy Warhol 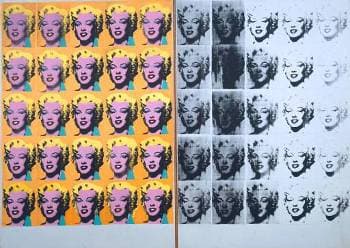 The silkscreen painting with fifty images of the famous American actress Marilyn Monroe was created by Andy Warhol shortly after her death in 1962. Divided into 25 brightly colored pictures on the right and 25 black-and-white on the left, all of which are based on Marilyn’s photograph from the Niagara movie (1953), the Marilyn Diptych symbolizes the contrast between life and death. One of the most influential modern artworks is owned by the Tate, London.