How to deal with an author's unpublished work after their death is a much debated issue. A number of works have been published posthumously, some against clearly expressed wishes of their authors. For example, Vladimir Nabokov didn't want The Original of Laura to be published. He had asked his son Dmitri to destroy the manuscript but Dmitri ignored him and published the novel anyway. Also, if Kafka's wish to burn all his manuscripts had been followed, the world would've never read his brilliant novels. Listed below are 10 remarkable works that were published posthumously, some with and others without their author's approval. 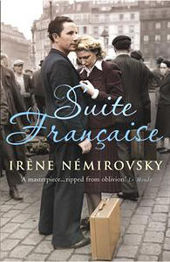 In July 1942, having just completed the first two of a planned series of five novels, Nemirovsky was arrested as a Jew and deported to Auschwitz where she died later that year. Her two daughters managed to escape along with the manuscript of Suite Francaise. Ironically, her elder daughter Denise kept the manuscript for five decades without reading it, thinking it was a diary or something that would be too agonizing to read. In 1998, after arranging to donate the manuscript to a war archive, she chose to examine its contents. Denise decided to send it to a publisher in France where it achieved a huge success and won the Prix Renaudot literary award. 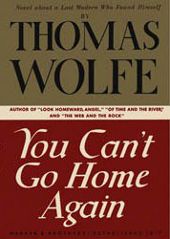 This novel had to be painfully extracted from the contents of Wolfe’s over 5,000 pages long unpublished manuscript The October Fair. In 1938, after turning in the manuscript, Wolfe left New York for a tour of the western United States. Shortly thereafter, he became ill and died. The novel tells the story of George Webber, a rising author who writes a book that paints an unflattering picture of his hometown and its residents. Webber’s book becomes a success but upon returning to his hometown, he faces hatred from the townspeople.

The Girl With the Dragon Tattoo by Stieg Larsson 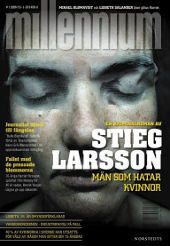 Starting off with The Girl With the Dragon Tattoo, Larsson’s trilogy the Millennium Series became a worldwide success, selling millions of copies and spawning a series of movies. Larsson, however, didn’t live to see its success. He died aged 50 from a heart attack. It is said that he smoked two packs of cigarettes and drank 20 cups of coffee a day, lived on fast food and hated green vegetables. Highly respected as a journalist in his native Sweden for his contribution in exposing right-wing radicals, Larsson wrote these crime novels for distraction and made no efforts to publish them. The girl referred to in the title is the intriguing Lisbeth Salander, a troubled young computer hacker with a photographic memory and nonexistent social skills. Larsson’s partner Eva Gabrielsson claims to possess some 200 pages of a fourth novel. Will we get to read it?

A Death in The Family by James Agee 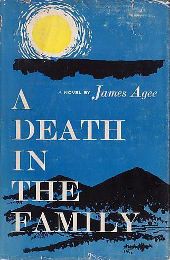 James Agee began writing this autobiographical novel in 1948 but he died before he managed to complete it. It was edited by David McDowell and released in 1957 with an aim to help Agee’s family. Putting together the whole novel was a difficult task as Agee died before completing the final revisions. His manuscript also contained material that was outside of the main plot. The novel is based on the events surrounding the death of Agee’s father who was killed in a car accident. It tells a moving story of the man’s sudden death and its impact on his widow, children and alcoholic brother. In 1958, Agee was awarded a posthumous Pulitzer Prize for Fiction for his novel.

Between The Acts by Virginia Woolf 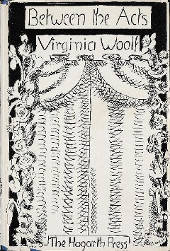 This book is the last Virginia Woolf’s work and the only manuscript that was published without the author giving her approval. Finished just two weeks before her suicide, it is arguably the most lyrical of all her works. It presents an annual play in a small village against the backdrop of the looming Second World War. After completing the manuscript of the novel, Woolf fell into manic depression that led to her premature death. On March 28, 1941, she quietly wrote a note to her husband, walked into the nearby River Ouse and drowned herself.

A Moveable Feast by Ernest Hemingway 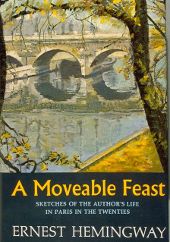 A Moveable Feast is a set of memoirs of Hemingway’s years in Paris in the 1920s. Before the work could be published, however, Hemingway ended his life. It was probably better for the book to have been published posthumously as Hemingway made harsh observations about many of his friends including Ford Madox Ford, Gertrude Stein and the Fitzgeralds. The title was chosen on the suggestion of A. E. Hotchner who recalled Hemingway once saying: “If you are lucky enough to have lived in Paris as a young man, then wherever you go for the rest of your life, it stays with you, for Paris is a moveable feast.”

The Master and Margarita by Mikhail Bulgakov 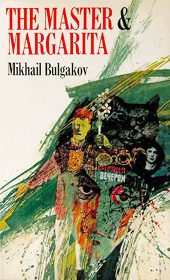 Philosophical yet comic, this stunning satire about the realities of life in the Soviet Union is arguably one of the best novels of the 20th century. Bulgakov was one of the victims of Stalinist censorship and he even wrote a letter to Stalin asking for permission to move to his family in France. He was denied. Fearing persecution, the author burned the original manuscript of the novel. He returned to it later on and wrote several versions before his death. The final version that was put together by his wife took 25 years to be published and even then, it was heavily censored. However, copies of the original text were passed out and eventually used to publish a complete version by a publisher in Frankfurt. The Russian readers didn’t get access to the full work until 1973.

A Confederacy of Dunces by John Kennedy Toole 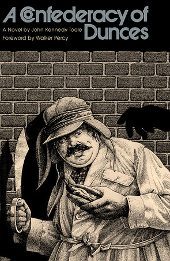 This book is a publishing miracle. Toole submitted it for publishing during his life but he was repeatedly rejected which was partly responsible for his suicide in 1969. Several years after his death, his mother found a copy of the manuscript and decided to try to get it published. All publishers, however, turned her down. But Thelma Toole refused to give up. Finally, she managed to persuade Walker Percy, an author and lecturer at Loyola University, to read it. In Percy’s words, “I started to read, I read on. And on. First with the sinking feeling that it was not bad enough to quit, then with a prickle of interest, then a growing excitement, and finally an incredulity; surely it was not possible that it was so good.” The picaresque comedy, set in the 1960s New Orleans follows the misadventures of Ignatius J. Reilly, described as a “fat Don Quixote”. In 1981, the novel won the posthumous Pulitzer Prize for Fiction.

The Trial by Franz Kafka 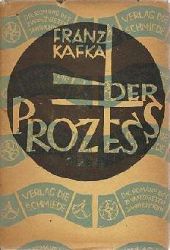 All Kafka’s novels were published posthumously. The Trial was released one year after his death, having been ironed out for publication by Kafka’s friend and biographer Max Brod. Though Kafka wanted all his manuscripts to be burned after his death, Brod decided to ignore his wish. Even though The Trial was not completed (just like all other Kafka’s novels), it does have a chapter which sort of offers the end of the story. Josef K., an ambitious bank clerk is suddenly arrested and asked to prove his innocence on a charge he is given no information about. The absurd authority that prosecutes Josef is a spookily prophetic glimpse at the future totalitarian regimes that would come to dehumanize individuals. Fulfilling Kafka’s premonition, all three of his sisters were killed in German concentration camps.

Diary of a Young Girl by Anne Frank 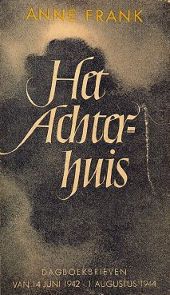 This is the most tragic and at the same time, the most triumphant story in publishing. It was written by Anne Frank while she and her family were in hiding to escape Nazi arrest. Eventually, the family was caught and Anne ultimately died of typhus in a concentration camp. Her diary was recovered by Miep Gies, one of the Dutch citizens who helped hide the Franks. She gave it to Anne’s father, Otto Frank when he returned from Auschwitz as the family’s only survivor. Gies later confessed that if she had known what was inside the diary, she would have destroyed it because it incriminated all those who had helped hide the Franks. Knowing that Anne had wished for her diary to be published, Otto Frank decided to fulfill his daughter’s wish. The first edition was titled The Back House.