You are here: History Lists · Architecture · Top 10 Historical Monuments from the Ancient World

The ancient world is one that is laden with marvels - from philosophy and politics to technology and architecture, the ancient Greek and Roman influence is one that we cannot escape. Perhaps the most impressive footprint to behold is that of the monumental scale. While it seems impossible to reduce the wonders of the ancient world into a concise 10-item list, this article may help to give you a snapshot, taking into account the significance of the monument in ancient times as well as the appeal to modern day visitors. 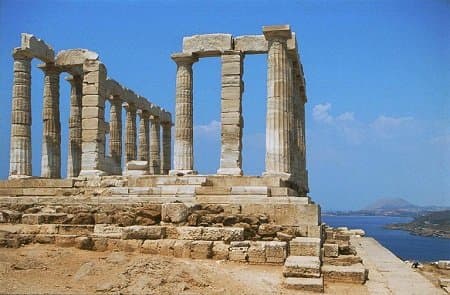 Built in 444 BC, the Temple of Poseidon towers above the Bay of Sounion on a rocky cliff under the blistering Greek sun. Roughly 70 kilometers from Athens, the jaunt to the sanctuary is more than worth it. The Temple of Poseidon was first mentioned in the Odyssey as the place where Menelaus buries Phrontis, cementing it in the minds of the ancients as a sacred place. Construction at the site began in the 6th century but suffered from episodes of destruction that is all too normative in Greek history. The temple standing today is built atop ruins from early constructions, creating a physical narration regarding the deep-rooted history and importance of the site. The Bay of Sounion was the first point of reference sailors would come to when heading for Athens and they would stop and pay respects to the mighty god of the sea for their safe travels, this notion supported by the large amounts of offertory material unearthed through excavation. The Temple of Poseidon is built in an elegant Doric style, boasting 34 columns (of which 16 are still standing) and a traditional high podium. Views from atop the site are breathtaking, but be sure to enjoy a quick swim in the bay around sunset- you’ll never see anything quite like it. 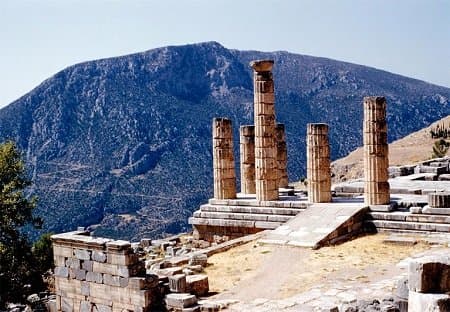 It’s hard to talk about ancient monuments and not call attention to the marvel that is the sanctuary at Delphi. Home to perhaps the most famous oracle and harboring some of the most talked about cult activities of ancient Greece, Delphi is situated west of Athens, carved into the terraces and plateaus of Mount Parnassus. The sanctuary of Delphi is comprised of treasuries, temples, a stadium, theater, statues, inscriptions… the list can go on. You enter the site and take the “sacred way,” the exact road taken by participants in the Pythian Games as they made their way through the sanctuary. The Temple of Apollo, to whom the sanctuary is centered around, is placed in the center and the focal point of patronage. The marvel of Delphi is not in the standing remains but in the concept of what could have possibly happened at such a site. Delphi incites the imagination, inspires and awes, and gives modern-day visitors a glimpse into the intricate practice of ancient Greek religion. 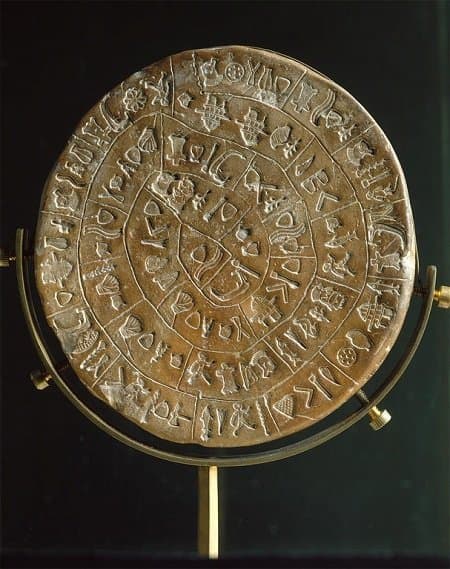 Minoan Crete remains a mystery of which scholars continuously attempt to attribute some sense too. The Minoan palace at Phaistos is one of the places in which even the vast amount of information researchers have pulled together is still not enough to understand the magnitude of influence carried by the site. Located in southern Crete and inhabited from the Neolithic period until the island-wide destruction of the 15th century BC, Phaistos was one of the main centers of Minoan culture, economics, and religion. The site itself has been under constant excavation since 1900 and has yielded some incredible finds, such as the infamous and indecipherable Phaistos Disk. To take an afternoon to walk around the sprawling palace site would be well worth your time. From artillery magazines to the massive central court and propylon, the architecture of the palace at Phaistos is monumental in both scale and technology.

Temple of Apollo Epicurius at Bassae 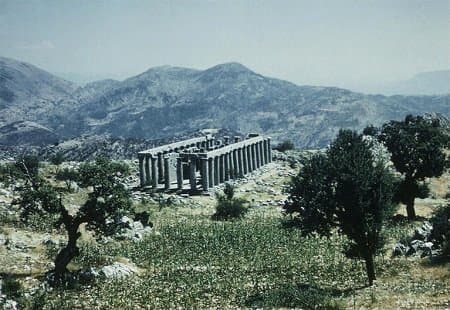 The ancient Greeks are known to pick some of the most breathtaking locations to build a temple. The Temple of Apollo at Bassae is no exception. Situated on a high terrace on Mt. Kotilion in the region of Arcadia, the Temple of Apollo Epicurius requires a long and winding drive that offers stunning views of the valley, culminating in a sanctuary quite literally above the clouds. The temple was built in the mid 5th century BC to Apollo Epicurius- god of healing and the sun. The remoteness of the temple and the sheer difficulty of building a massive temple in such a location speak to the importance of this cult to the ancient Greeks. The temple itself boasts the oldest Corinthian capital found to date, although it is built in the traditional Doric style. The temple is under reconstruction but still accessible to visitors. However, due to the ongoing preservation, there is a circus-like tent protecting the temple of the elements which some may consider being a drawback. The historical significance of the temple and the impressive remains, though, still qualify it as one of the most impressive ancient monuments. 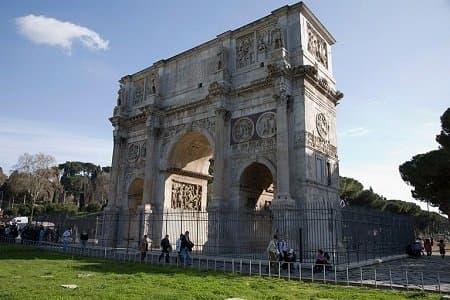 The triumphal Arch of Constantine is both imperative to see and impossible to miss. Erected next to the Coliseum in 315 CE to celebrate Constantine’s victory over his rival, Maxentius, at the Milvian Bridge in 312, this arch is the largest triumphal arch to come out of the Roman Empire. The decoration on the arch is one that is a heated matter amongst classicists. Why? The majority of the arch’s design program was looted (aka down right stolen) from other Roman monuments. The purpose of this was for Constantine to draw legitimacy to past emperors through visual aid. So when someone would look at his arch of victory, they would be reminded of Constantine’s predecessors such as Augustus and Marcus Aurelius. While morally you might frown on Constantine’s sticky fingers, you can’t argue that this monument is unparalleled in design, stature, and historical importance. 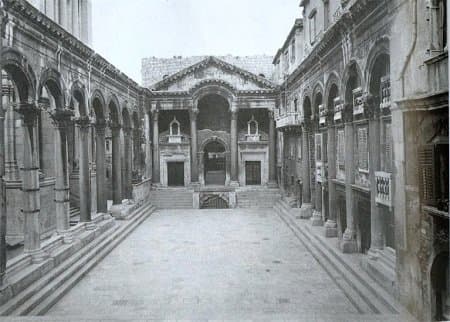 Another monumental site to come out of the age of the Triumvirs (see: Arch of Constantine above) is the Palace of Diocletian at Split. It was built in the late 3rd, early 4th centuries CE and served as the retirement quarters of Diocletian from 305 to 316 after he renounced his role as Augustus (one of the leaders of the Triumvirate). Its sheer scale and the impressive level of preservation make it one of the best surviving examples of Roman palatial complexes that we have. A visit to the palace would place you in the heart of the Croatian city, but also in the midst of some of the most imposing Roman ruins, including the Golden Gate on the northern side of the fortress, the impressive Peristyle and fortress crossroads, remains of several temples, and, if you’re lucky, some modern musical entertainment. 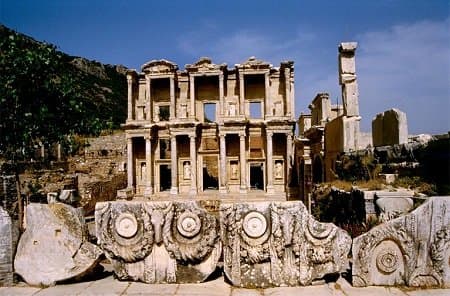 Located in Ephesus, Turkey, the Library of Celsus was built in 117 AD as a tomb for Gaius Julius Celsus Polemaeanus, the governor of the province of Asia. It’s still standing two-story facade, boasting Corinthian columns, is an impressive, albeit typical, example of the architectural program under Emperor Hadrian. The library had the ability to house more than an estimated 12,000 scrolls, making it the third richest in the world after Alexandra and Pergamum. The Library of Celsus offers visitors a sense of just what kind of magnitude and scale the ancient Romans were accustomed to working with. 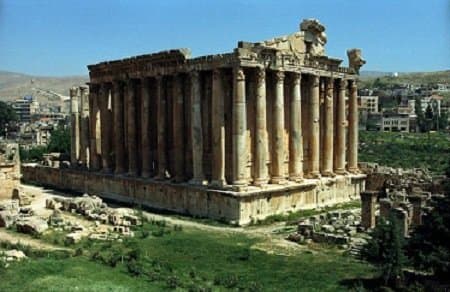 The fascinating thing about the Temple of Baalbeck is the fact that it holds in its soil the narrative of religious history in the ancient world. The Temple of Baalbeck is located in modern day Lebanon and dates back to the Phoenician sky-god and Queen of Heaven, Baal, and Astarte, respectively. Later, the standing Roman temple to Jupiter Baal was built atop its predecessor’s ruins. Once Constantine the Great legitimized Christianity, the temple was able to escape destruction by being converted into a Christian pilgrimage destination. Even more, the site was transformed into a place of Muslim worship after 637 CE. Aside from the area drowning in historical significance, it also harbors a sense of architectural wonder. Under the construction of the original Phoenician temple, cornerstone blocks weighing over 100 tons and monolithic retaining walls weighing in at 300 tons were used in the building process, causing archaeologists to scratch their head as to the technology utilized to move the stones into place.

Theatre at the Asklepieion of Epidaurus 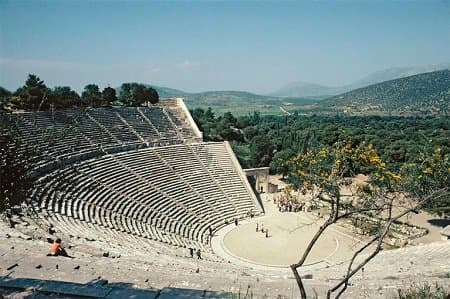 The sanctuary at Epidaurus, particularly the theater, is a must see when traveling through the Peloponnese. The theater, while impressive in its size alone, is a feat of ancient technology unparalleled in other monuments. Built from 340-330 BC, the theater served for centuries as a location of plays, song, and dance; no doubt bearing witness to the transformation of Greek comedy and tragedy as the time went on. More so impressive than the plays performed here is the ancient technology that allowed it to function successfully as the largest theater in the Greek world. To please a 14,000 people audience, the Greeks had to ensure the acoustics. Thanks to the design of the seats, shape of the theater, and advantages of the natural mountainous landscape, the theater was designed in such a way that even patrons today can stand in the center and drop a coin, the “ping” echoing all the way to the spectators sitting in the top row. Ancient marvel is an understatement. 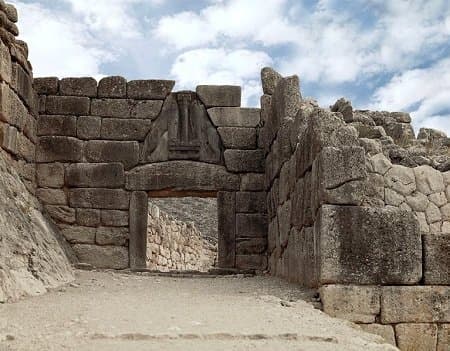 It is impossible to talk about the top 10 ancient monuments without discussing the site of Mycenae. Located on the eastern side of the Peloponnese, Mycenae gave its name to an entire civilization that ruled Greece after the fall of the Minoans. The city was once thought to be built by Cyclops’ due to the mega blocks used in the construction of the walls. Some of the most impressive monuments at the site are the Lion’s Gate, which displays a relieving triangle, a feat in ancient architecture, the Treasury of Atreus, and the so-called central court.