You are here: History Lists · Architecture · ﻿﻿List of Top 10 Most Spectacular Gothic Buildings

Gothic architecture developed in the mid-12th century France from where it spread to other parts of Western Europe and became the predominant architectural style by the end of the Middle Ages. It succeeded the so-called Romanesque architecture from which it primarily distinguishes itself by extremely light and skeleton-like structure which was possible due to innovations such flying buttresses and pointed arch. The finest surviving examples of Gothic architecture are religious buildings. 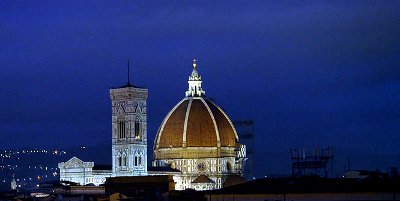 Also known as the Duomo, the Florence Cathedral is the most imposing building in Florence. The cathedral is famous for having the largest brick dome ever constructed which was designed by the renowned Italian Renaissance architect Fillippo Brunelleschi (1377-1446). However, at the time he won the competition for the construction of the dome, the rest of the cathedral was already completed. The dome was built between 1420 and 1436 but it remains unknown what technique Brunelleschi used to construct the massive dome. 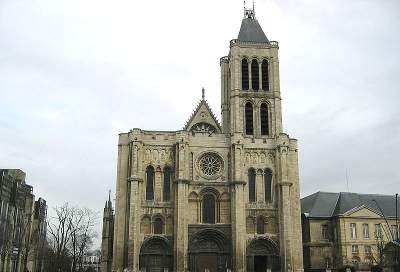 Basilica of St Denis, located in St Denis (today a suburb of Paris) is considered to be first structure built in Gothic style. It got its present-day appearance in the 1140s when the early Carolingian church dating from the 8th century was rebuilt by Abbot Suger. In addition to being an important place of pilgrimage, the Basilica of St Denis is also the burial place of most French kings from the 10th to the 18th century. 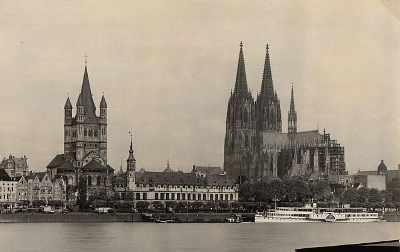 Cologne Cathedral and the seat of the Archbishop of Cologne took more than six centuries to be completed. Its construction started in 1248 but it was abandoned in 1473. Work resumed only in the 1840s and in 1880, it finally got its present-day appearance. The Cologne Cathedral which was at the time of its completion the tallest building in the world was severely damaged by aerial raids during World War II but it was fully restored by 1956. 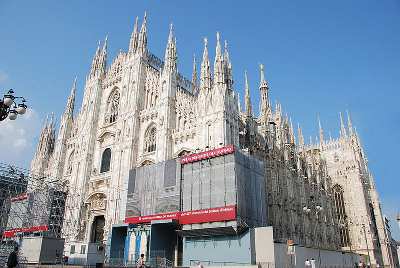 Just like Cologne Cathedral, Milan Cathedral took almost six centuries to be built. Its construction began in 1386 and was completed only in 1865. The fourth largest cathedral in the world is characterized by its facade which extends into a forest of spires and pinnacles that have both aesthetic and structural purpose. Interestingly, one of the most impressive Gothic buildings ever built arouse mixed feelings when it was finally completed. 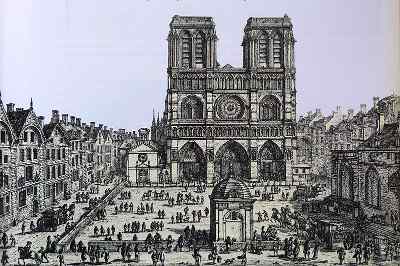 Probably the most famous of all Gothic buildings - thanks to the Victor Hugo’s novel The Hunchback of Notre-Dame - is located on the Ile de la Cite island in the very center of Paris. It was built between 1163 and 1345 but it went through major alterations during the reigns of the Sun King, Louis XIV and his son Louis XV, and suffered severe damage during the French Revolution and World War II. The spectacular cathedral was returned to its original appearance after an extensive post-war restoration. The most recent maintenance and restoration works took place in the 1990s. 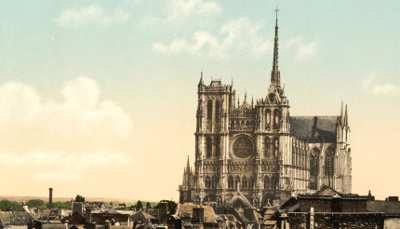 The tallest (completed) French cathedral was built between 1220 and 1270 according to the plans of architects Robert de Luzarches and Thomas de Cormont who became the chief architect in 1228. Although the cathedral was completed around year 1270, minor works continued and thus the labyrinth was completed only in 1288. The Amiens Cathedral is best known for the early 13th century Gothic sculpture but it is also famous for housing what is believed to be the head of John the Baptist. The relic was brought to Amiens from Constantinople after the Byzantine capital was sacked by the Crusaders in 1204. 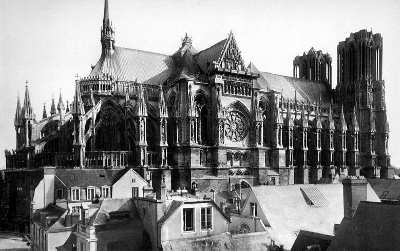 Rheims Cathedral, also known as Notre-Dame de Reims is one of the most famous and one of the most visited cathedrals in France. The spectacular cathedral was built in Gothic style in the 13th century on the site of an older church which in turn was built on the site of a basilica where Clovis I, the first King of all Franks was baptized in 496. Rheims Cathedral which is since 1991 also a UNESCO World Heritage Site, however, is probably best known for being the coronation site of the French kings. 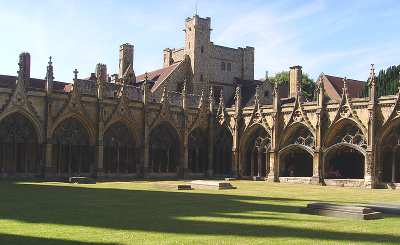 One of the oldest cathedrals in England has a history that dates back to the late 6th century. The original church, however, was completely rebuilt in the 1070s and once again 100 years later, this time in the English Gothic style. Canterbury Cathedral finally got its present-day appearance in the 14th century when the earlier Norman nave and transepts have been demolished. Since 1988, it is a part of the UNESCO World Heritage Site of Canterbury Cathedral, St Augustine’s Abbey and St Martin’s Church. 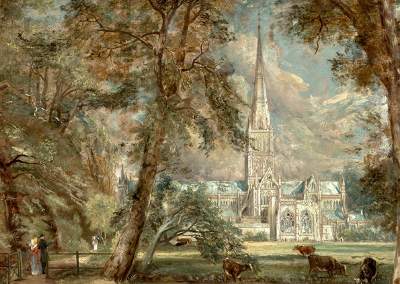 Salisbury Cathedral is one of the finest examples of English Gothic architecture. The cathedral which has the tallest (church) spire in the United Kingdom was built between 1220 and 1258 when it was also consecrated. In addition for its spectacular architecture, Salisbury Cathedral is also famous for housing the world’s oldest working clock and one of the 4 original copies of the Magna Carta (the Great Charter) that was issued by King John of England in 1215. 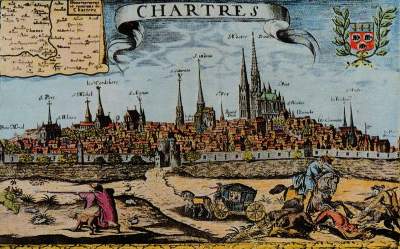 Chartres Cathedral is a splendid example of French Gothic architecture as well as one of the best preserved Gothic buildings in Europe. The cathedral was built from the late 12th century until the mid-13th century and has remained nearly unchanged ever since its completion. It attracts both travelers and Christian pilgrims who come to see its most famous relic – the alleged tunic of the Virgin Mary. The cathedral was inscribed into the UNESCO World Heritage Site list in 1979. It is located in the town of Chartres about 50 miles southwest from Paris.