You are here: History Lists · Architecture · 5 Most Impressive Historic Mosques in Spain

5 Most Impressive Historic Mosques in Spain

The Muslim Moors ruled Spain for much of the medieval period and left a significant mark on Spanish architecture which can be observed to this day. Many Islamic buildings, especially religious ones have either been demolished or converted into churches after the Christian reconquest of the Iberian Peninsula (the Reconquista). Nevertheless, some managed to survive the attempt of the Spanish to erase the reminders of the Muslim rule. Listed below are 5 most impressive historic mosques in Spain which, ironically, probably survived only because they were turned into Catholic churches.

The Great Mosque of Cordoba 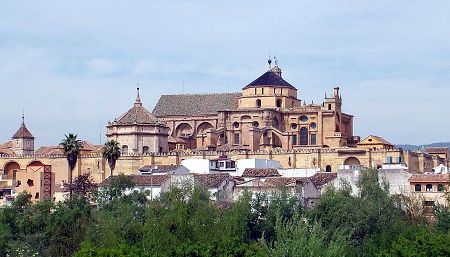 Considered an architectural masterpiece by both medieval Muslims and Christians alike, the Great Mosque of Cordoba was built between 784 and 987 on a site of a Visigothic church. After the reconquest of Cordoba by Ferdinand III of Castile in 1236, it was converted into a Catholic church. Though it went through significant alterations over the following centuries, much of the original architectural features remained beautifully preserved. In 1984, the Great Mosque was added to the list of UNESCO World Heritage Sites as a part of the Historic Center of Cordoba. 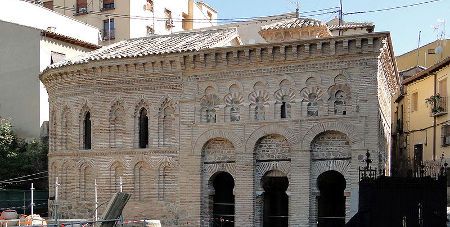 Built over a Visigothic church in 999, the Mosque of Cristo de la Luz is the only surviving Moorish mosque in the city of Toledo that remained virtually unchanged since its construction. Despite the fact that it was converted into a chapel after the city was recaptured by the Christians, the mosque is considered as one of the best preserved Moorish mosques in Spain. It reflects not only a unique blend of Moorish style and local building techniques but also the influence of the Caliphate of Cordoba, more specifically the Great Mosque of Cordoba and its spectacular columns. 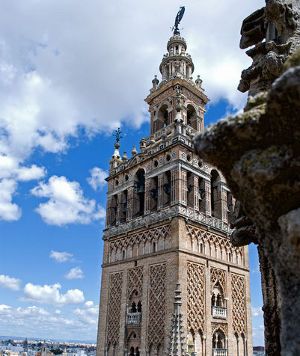 The Giralda isn’t really a mosque. It is a 104.1 meters (341.5 feet) tall minaret of a mosque that stood on the site of today’s Cathedral of Seville during the period of the Almohad rule. Like many other Islamic religious structures in Spain, the mosque was converted into a Catholic church and its late 12th century minaret into a bell tower after the city was captured by the Christians in 1248. Due to severe damage sustained in an earthquake in 1365, the structure of the former mosque was demolished to build the current Cathedral. The Giralda, on the other hand, survived. In the late 16th and early 17th century, however, it was built higher. In 1987, the Giralda was inscribed to the UNESCO World Heritage Sites List as a part of Cathedral, Alcazar and Archivo des Indias in Seville. 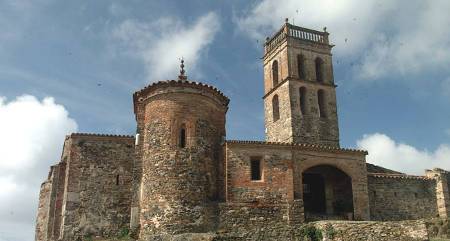 The Almonaster Mosque may not look particularly impressive but it is notable for being one of a very few surviving examples of Spanish rural mosques. Built in the 10th century on a site of a 5th century basilica, the mosque went through numerous alterations after the collapse of the Muslim rule in Spain. However, it retained much of its original ‘Moorish character’ as well as a distinct rustic appeal. In 1931, it was declared a National Monument. 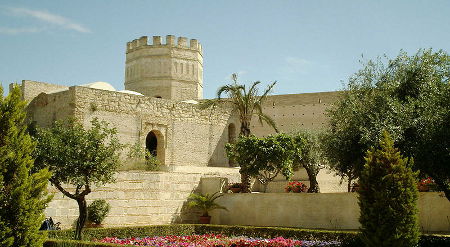 The mosque within the former Moorish fortress of Alcazar of Jerez de la Frontera is the only surviving mosque of total 18 that were built in this Andalusian city during the Moorish rule. The oldest sections of the fortress date to the 11th century but much of the surviving structure was built in the 12th century. After the Christian reconquest of Alcazar of Jerez de la Frontera in the mid-13th century, the mosque was converted into a Catholic church and its minaret into a bell tower. In 1931, the entire fortress complex was declared the Property of Cultural Interest.