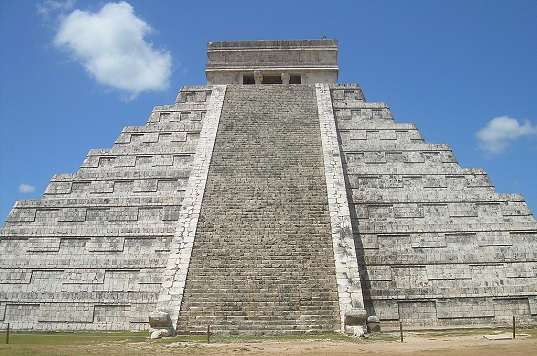 One of the most famous and most visited Mayan pyramids, the Pyramid of Kukulkan (also known as El Castillo) is a 79 feet high step pyramid and the most impressive structure of the ancient city of Chichen Itza in Yucatan, Mexico. The Pyramid of Kukulkan, however, isn’t only one of the finest examples of Mayan architecture but it also stands as evidence of the superior Mayan astronomical accuracy. Every spring and autumn equinox, the shadows fall on the pyramid in a way to create an appearance of a descending serpent, a phenomena which attracts a large number of people from all over the world. Also, together with the platform on the top, the pyramid has in total 365 stairs, symbolizing the length of the year in the Mayan calendar. It is thought to be built around 1000 AD. 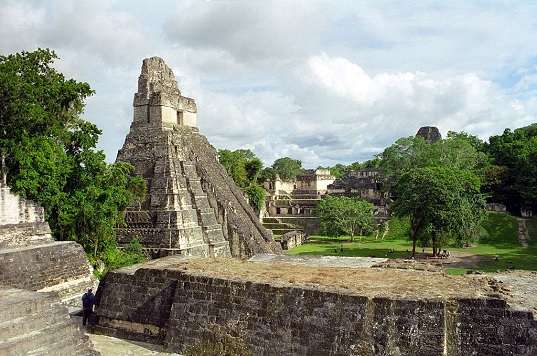 Rising 154 feet high, the Tikal Temple I is a step pyramid in the former Mayan city of Tikal in northern Guatemala. Besides being one of the most spectacular surviving Mayan pyramids, Tikal Temple I is also one of the very few Mayan pyramids that were built as a funerary temple. It was built in the first half of the 8th century AD by Tikal’s ruler Yik’in Chan K’awiil for his father and predecessor Jasaw Chan K’awiil I whose tomb was discovered beneath the structure in the early 1960s. Before Jasaw Chan K’awiil I, the city’s rulers were buried at the North Acropolis, just north of the Tikal Temple.

Temple of the Inscriptions (Palenque) 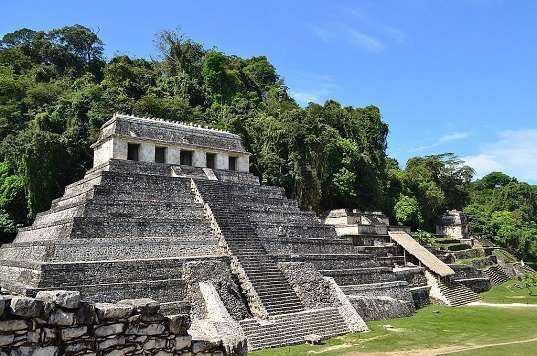 One of the largest and best preserved Mayan pyramids, located in the ancient Mayan city state of Palenque in southern Mexico was built in the 7th century as a funerary temple for Palenque’s ruler K’inich Janaab’ Pakal (r. 615-683). The pyramid attracted a lot of attention in the recent years for the image on the lid of Pakal’s sarcophagus which is claimed to represent the ruler in a rocket (scholars, however, have a different explanation). It’s greatest significance, however, probably lies in its hieroglyphic inscriptions. These enabled the archaeologists to learn more about the history of the city state of Palenque and make a chronological timeline of its rulers.

Pyramid of the Magician 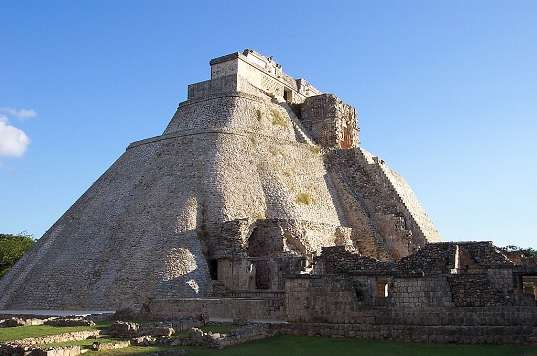 The Pyramid of the Magician is a 90 feet (or according to some sources, 115 feet) tall step pyramid in the ancient city of Uxmal in Mexico. Also known as the Pyramid of the Dwarf, the structure was built in several phases from the 6th to the 10th century AD. Its name is derived from a legend according to which the pyramid was built by a magician overnight. According to another folktale, however, it was built by a dwarf who was hatched from an egg and ordered to build the pyramid to be spared his life. 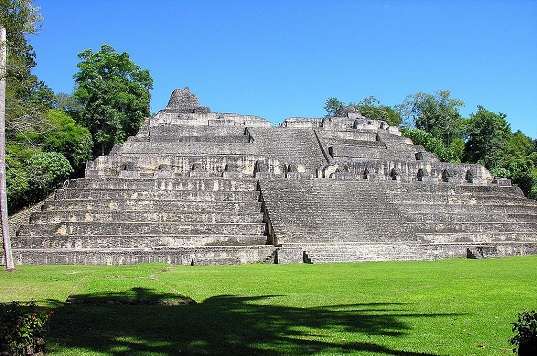 The Caana Pyramid, also known as “Sky Palace” is the tallest Mayan pyramid in Belize, dominating the archaeological site of Caracol located about 25 miles south of Xunantunich, another important ancient Mayan site nearby San Ignacio. Rising about 135 feet high, the pyramid was built in several phases and got its final appearance after 800 AD. It was used both as a residence and temple. The discovery of four tombs with the most recent one (intact!) in 1993, however, also suggests that it was perhaps used as a burial site for royalty as well. Since there is still plenty to excavate in the grounds, we can only guess what hidden secrets are awaiting to be uncovered.