You are here: History Lists · Architecture · ﻿﻿﻿10 Architectural Jewels of the Ancient World

10 Architectural Jewels of the Ancient World

Despite being thousands of years old, architectural achievements of our ancestors still impress with their splendor and engineering brilliance. Built exclusively with primitive tools and manpower, the architectural jewels of the ancient world stand as the reminders of the ingenuity of long lost civilizations, while their scale and excellence remained unsuperseded for thousands of years. The Great Pyramid of Giza for instance was the world's tallest structure from the mid-3rd millennium BC until 1311 AD. The Great Wall of China, on the other hand, remains the largest construction projects ever undertaken. 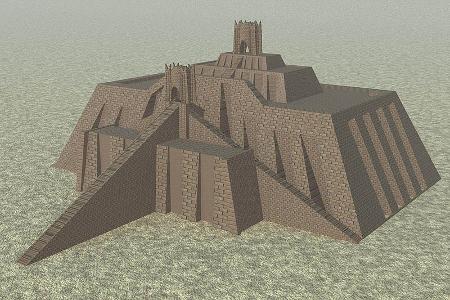 The Ziggurat of Ur was built by the Sumerian king Ur-Nammu around 2,100 BC and is one of the best preserved Mesopotamian ziggurats. Over 100 feet (30 meters) high step pyramid with three 100-step staircases leading to the top served as a temple complex that was dedicated to moon god Nanna and the patron deity of the ancient city of Ur. The spectacular Ziggurat of Ur is located at the modern city of Nasiriyah in the Iraqi province of Dhi Qar. 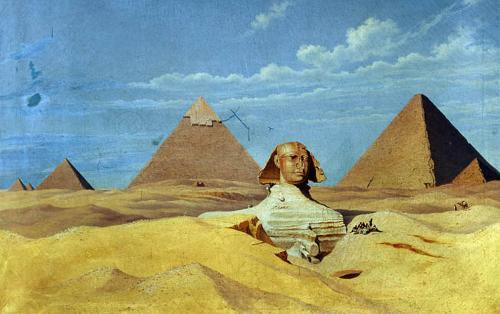 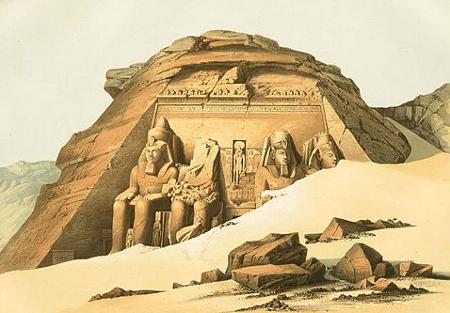 This architectural jewel of the ancient world consists of two temples (also known as the Nubian Monuments) that were carved out of mountainside during the reign of Pharaoh Ramesses II in the 13th century BC. The temples were originally located on the bank of Lake Nasser. They were moved to the present location - a hill above the Aswan High Dam in 1968 to save them from the rising waters. The temples were cut into sections, dismantled and reassembled on an artificially made hill 213 feet (65 meters) higher and 656 feet (200 meters) further from the Nile. 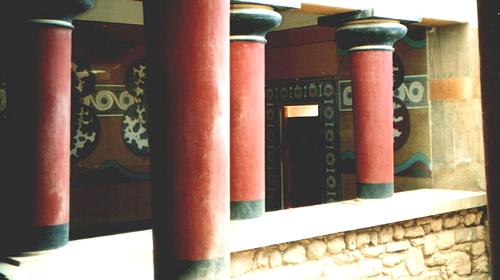 The Palace of Knossos is associated with the legendary King Minos and the mythological Minotaur, a bloodthirsty creature that was half man and half bull, and lived in the Labyrinth. Whether King Minos really reigned from the Palace or not remains uncertain but it is believed that the Palace of Knossos was the political and ceremonial center of the Minoan civilization. The latter is by some thought to be the source of the Atlantis myth as its downfall corresponds with the devastating eruption of the Thera volcano in the mid-2nd millennium BC. The Palace of Knossos that was discovered and restored by Sir Arthur Evans from 1900 onwards is located about 3 miles (5 kilometers) from the Cretan capital of Heraklion. 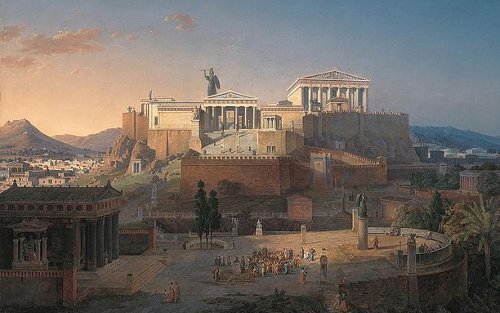 The 260 feet (80 meters) high hill that dominates the Greek capital of Athens is the site of the Acropolis of Athens, an ancient citadel featuring the famous Parthenon, the Erechtheion, the Propylaia and several other buildings that unfortunately did not survive. The original Acropolis was destroyed by the Persians in 480 BC but the most spectacular temples including the Parthenon were rebuilt during the reign of Pericles. In order to save the monuments from damage from pollution, many works have been moved to the New Acropolis Museum at the foot of the hill that opened its doors to public in 2009. 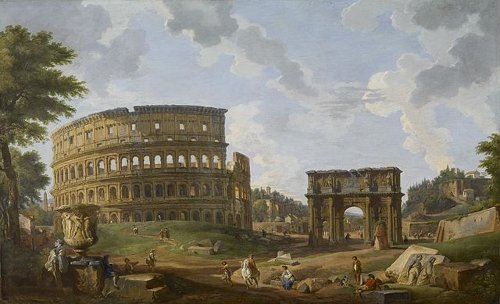 The greatest masterpiece of Roman architecture was built between 72 AD and 80 AD. The construction started under Emperor Vespasian and was completed under Emperor Titus. With the capacity to seat 50,000 people, the Colosseum was used for the notorious gladiatorial games and other types of public entertainment such as re-enactments of prominent battles, animal hunts and dramas. The structure suffered severe damage in earthquakes over the centuries, especially in 1349 when its south side collapsed. The Colosseum is located in the very city center of Rome. 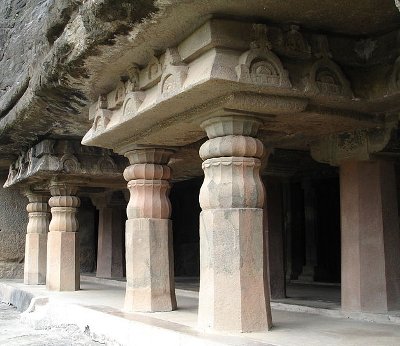 A series of some 30 cave temples were cut into granite cliffs that overlook the Waghora River in the Indian state of Maharashtra between 2 century AD and 7th century AD. The interior of the caves is richly decorated with frescoes and sculpture that are considered one of the finest examples of early Buddhist art and early Indian art. The caves that served as monastic residences and sanctuaries are thought to had been abandoned shortly after their completion. They remained hidden and forgotten until 1819 when they were discovered by a British officer during hunting. 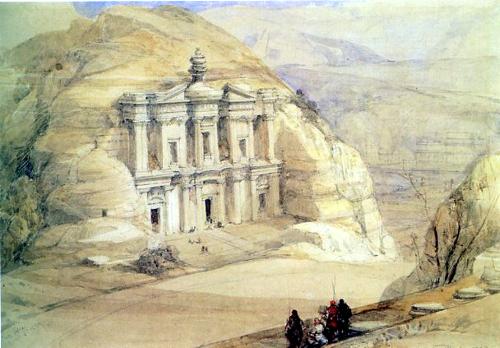 The spectacular rock-cut city that was made one of the most famous ancient wonders by Steven Spielberg’s ‘Indiana Jones and the Last Crusade’ (1989) was also discovered only in the early 19th century. The city that was carved into the Mount Hor in today’s Jordan was created by the Nabataeans, ancient peoples who made it the capital of their kingdom in the late 4th century BC. In the early 2nd century AD, the Nabataean Kingdom was conquered by the Romans. But the city continued to flourish until the early 4th century when it was severely damaged by an earthquake. The city recovered but after the shift of trade routes and another severe earthquake in the mid-6th century, Petra was abandoned and forgotten. 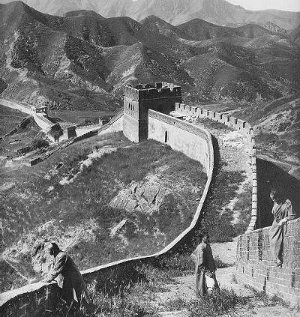 A series of fortifications running over 3,700 miles (over 6,000 kilometers; excluding natural barriers and the Wall’s branches) were built to protect the Chinese Empire from the invasions of the nomadic peoples from the north. The first sections of the Great Wall of China were built by Qin Shi Huang, the first Chinese Emperor in the late 3rd century BC but most of his Wall is gone. The construction of the defensive Wall continued into the 17th century. The Great Wall of China is the largest construction project ever undertaken but in contrary to the popular belief, it generally is not visible from the space and much less from the Moon. According to NASA, the Wall is visible from the low Earth orbit only under nearly perfect conditions in the atmosphere.

The city of Tiwanaku is located at the southern shore of Lake Titicaca in Bolivia at an altitude of 12,631 miles (3,850 meters). It is thought that most of the ruins date from about 200 to 600 AD rather than to the 2nd or even 10th millennium BC as suggested by some theories. The city began to decline in the 11 century and was abandoned shortly after the collapse of the Tiwanaku Empire in the 12th century. By the time the Inka reached the area in the mid-15th century, the city was already in ruins.